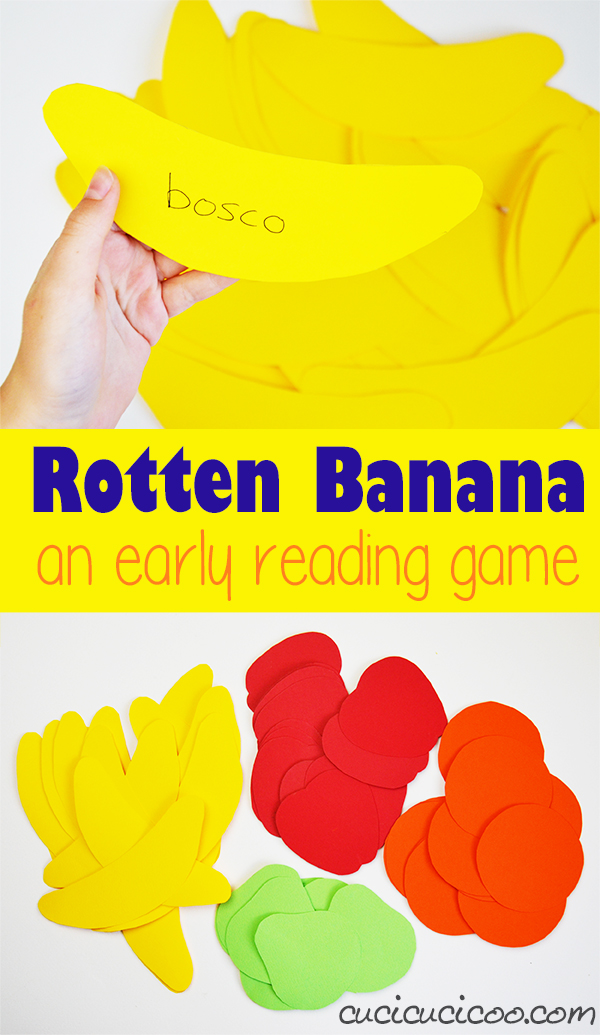 My little boy just turned six and is in first grade this year, which means that he’s learning to read and write. While my daughter had no problems learning written Italian in school and didn’t really need any outside help to pick up written English on her own, it hasn’t been quite as easy for my son.

So while he’s out of school for Christmas vacation, I decided that he could use some reading practice. 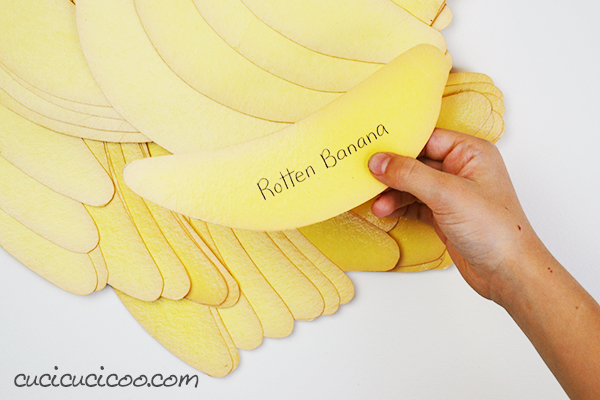 My mother was a reading specialist in an elementary school for many years. This means that she worked with hundreds of children to whom reading didn’t come easily. She developed all sorts of techniques and fun methods to get kids to love reading, but one of the all-time favorites was an early reading game called “Rotten Banana.” It’s a really simple game to get children to recognize what are called “sight words,” which are the words that they should learn to instantly recognize without having to spell them out.

When my mother retired, her Rotten Banana game continued to get used with her grandchildren, and ended up living at our home so that my bilingual kids could get some English reading practice while living in a non-English-speaking country. 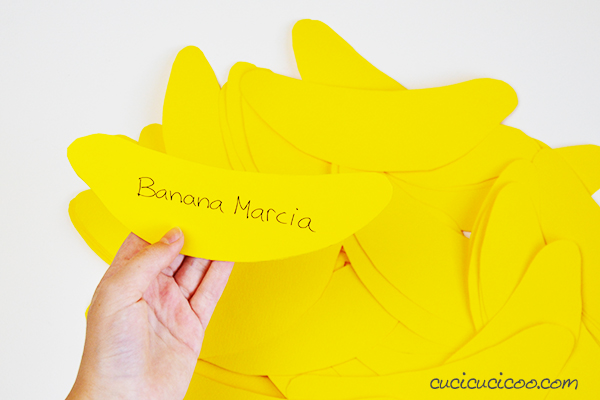 But before I started using the English Rotten Banana game that my mother made, I wanted my son to get a firm grasp on reading Italian, which is much more simple because it’s a very phonetic language in which most words are pronounced exactly as they are written, unlike the much more phonetically complicated English language. And so I decided to make my own Italian version of my mother’s Rotten Banana game for him to practice with, which I translated as “Banana Marcia.” 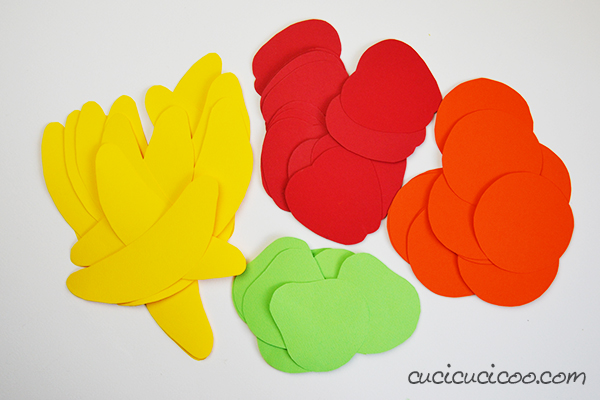 And, just like my mother did, I also made rotten pears, apples and oranges to give a little variety as the child progresses from one level to the next. Something about all that colored fruit is so appealing!

Is there a child in your life who could use an early reading game to begin a lifetime of happy reading? Then continue reading for the downloadable template and word list and to find out how to play! 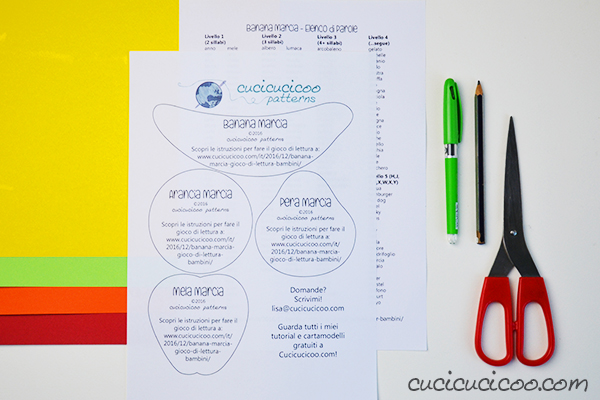 There are five levels of vocabulary on the word list. My mother made the first two levels on bananas and she put each of the other three levels on one of the other types of fruit. You can make only one type of fruit for all levels or mix them up like my mother did. Likewise, you can make just one level, or all five. It’s totally up to you and your child’s reading level.

The vocabulary was taken from the Dolch word list, which is used in schools in the United States. I couldn’t find a similar sort of list for Italian vocabulary, so for my Italian version I went through my son’s first grade books and notebooks and then separated the words by number of syllables and difficulty. 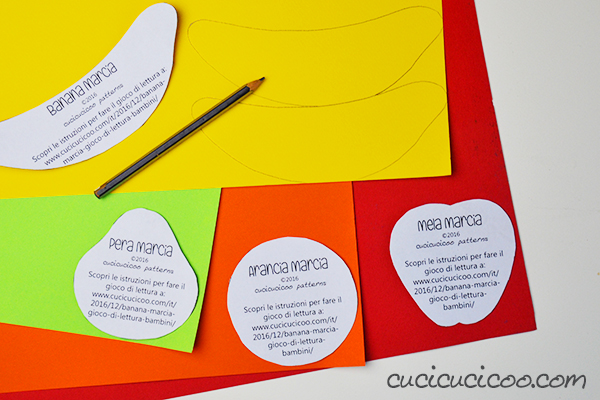 How to make the game:

1. Print out the fruit template. I suggest gluing it to a cereal box before cutting out the pieces to give them more stability.

2. Trace the pieces with pencil on the colored paper and cut them out. 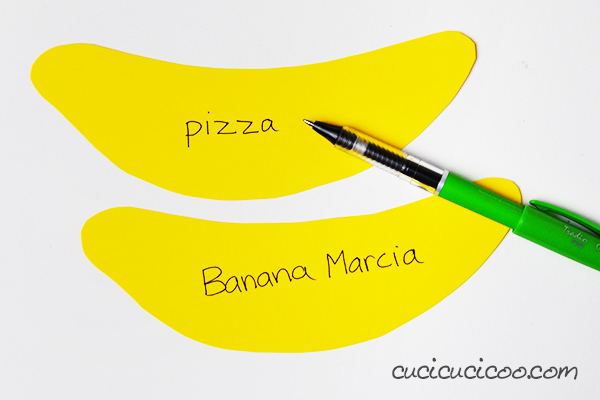 3. Write each word on a piece of fruit with a pen. Write “Rotten Banana” (or “Rotten Pear,” “Rotten Apple,” or “Rotten Orange”) on five to seven more pieces of fruit per 40-50 words. 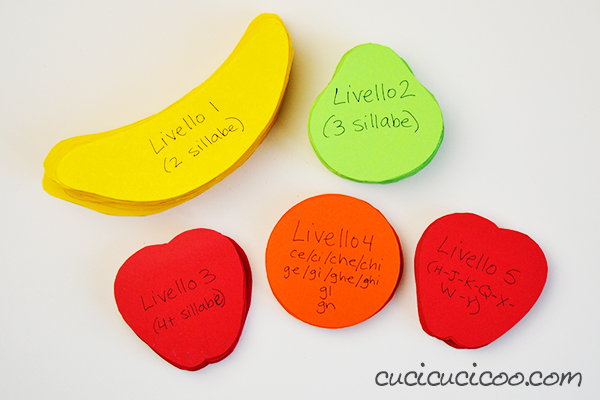 4. To avoid mixing up the levels, make a cover piece for each level.

If you plan to use this game a lot, I highly suggest writing the words on the fruit and laminating the paper before cutting out the pieces. My mother’s laminated Rotten Banana set lasted for decades despite being used by tons of kids. 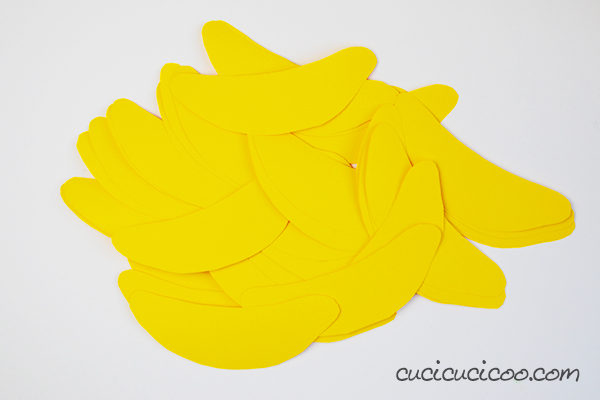 Choose a level and spread the bananas face down. 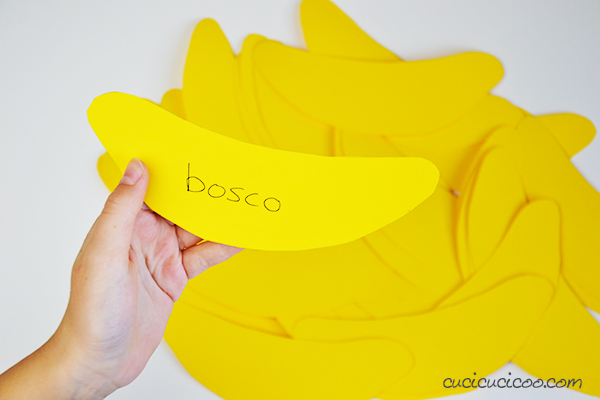 Players take turns picking a banana. If the player reads the word correctly, he can keep it. If he reads it incorrectly, he has to put it back in the pile. 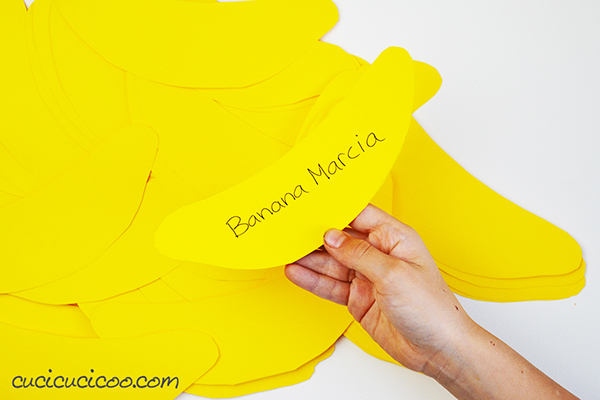 When a player picks a Rotten Banana, he chooses a word from the bananas he’s read correctly and gives it to one of the other players to read. If the other player reads it correctly, he keeps it. If he reads it incorrectly, the first player can keep it. Each time a Rotten Banana is picked it up and played, it is put aside and kept out of play. It doesn’t count towards the final score of the player. After all bananas have been picked, the player with the most wins.

There’s a little variation if there is a considerable difference in reading level among the players, for example if a mother is playing with her young child. In this case, the experienced reader reads each word correctly or incorrectly. If the child realizes that the word was read incorrectly and can read it correctly, he gets to keep it. This is also useful to let the child win more than would happen if playing the game “straight.” Keeping the score close and letting the child win frequently boosts his confidence and makes the game more fun, and therefore more effective. 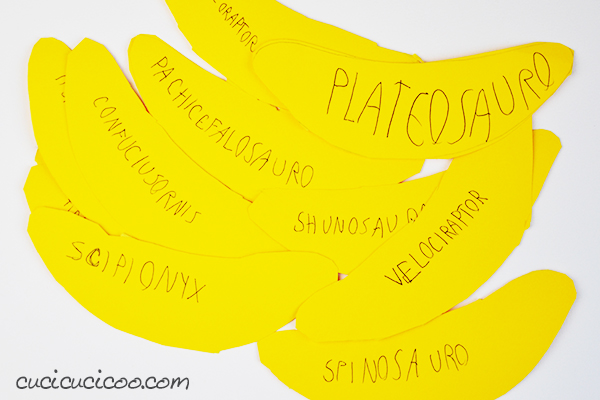 Another way to make the game more fun is to let the child participate in making the game. I traced a bunch of bananas and let my son cut them out and copy some words of his choosing on them. He, of course, chose a bunch of dinosaurs, which he copied from the absolutely awesome game DinUovo, which is unfortunatly only made in Italian.

You could also make sets of bananas with only colors, numbers, names, or even with simple syllable sounds. Or make a list of the words that your child tends to have problems with and make a set with those. The wonderful thing is that it’s totally customizable to your child’s needs! 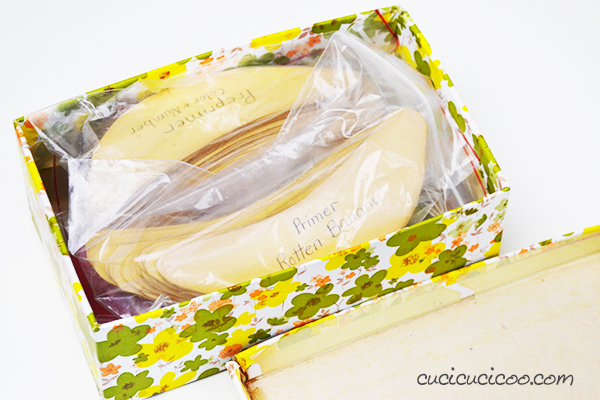 Store each set of Rotten Bananas in a plastic baggie to keep them separate. My mother kept hers in this contact paper-covered shoebox that she made in in the late 70s or early 80s, as you can see from the awesomely vintage print. 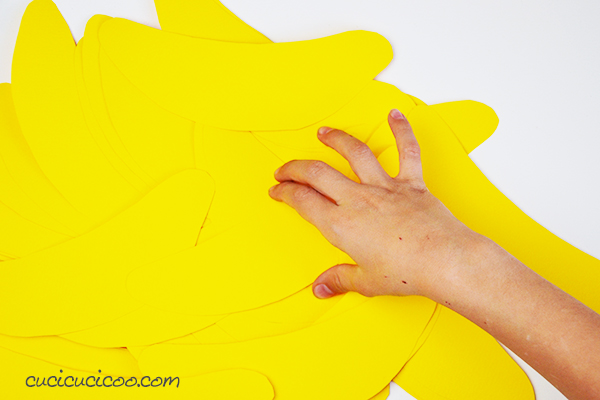 So, what are you waiting for? Go make a few sets of Rotten Bananas and have fun helping your child to learn to read! 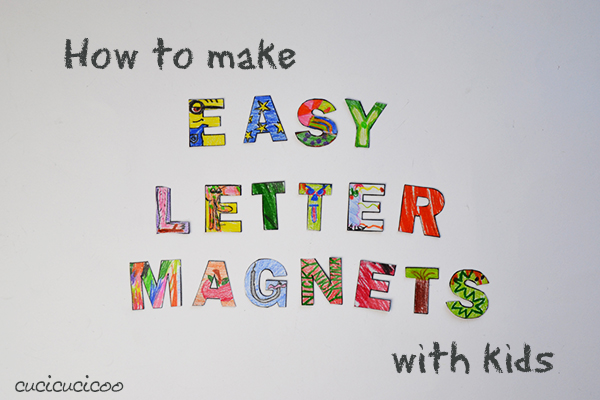 If you want another great early reading game for your kids, make these super easy decorated letter magnets! The children color the letters, you turn them into magnets and the kids will have hours of fun making words and writing messages with them! They’ve been a wonderful learning tool for my little boy in creating written words!