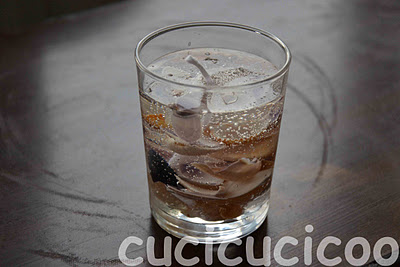 a few months ago i saw this post by creare scout on how to make candles with shells inside. this blog has all sorts of ideas on activities to do with kids, although this one really isn’t the best example because you have to heat up the candle gel. but the idea is that the kids collect shells and can choose which ones to put in. 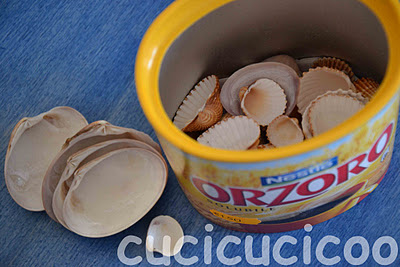 i liked the idea right away because my daughter has a huge collection of shells that she’s picked up from the beach and i decided to make these with her for gifts from her for her teachers and the family. i didn’t have any cool jars to use, so i decided to buy some cheap ikea glasses. unfortunately i had to order the candle gel wax online and it wasn’t cheap. and then the container i ordered ended up being a lot smaller than what i’d expected, so in the end we only made 3 candles for family gifts. 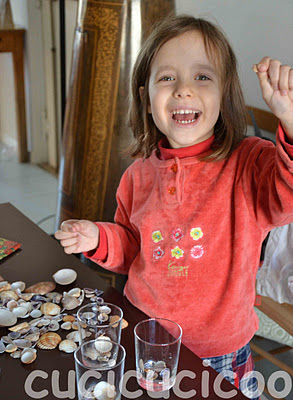 sofia really liked picking out the shells, though we may have overdid it a bit (i think there are more shells than wax!). i found the technique of melting and pouring the gel (in layers) and inserting the shells much more problematic than i’d expected. more than once i realized that there was a big gel puddle on the kitchen table (which luckily comes off easily once it cools down) and the little bit of gel that got into the pot i used to melt it was almost impossible to clean. then i apparently didn’t wait long enough for the gel to cool before putting the shells in because they sunk down to the bottom of each layer. 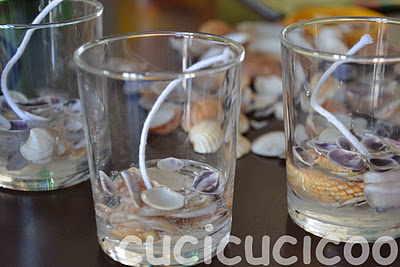 perhaps it was so complicated because it was the first time i’d tried to make candles and i didn’t know what in the world i was doing! for example, i didn’t know how to keep the wick up straight while the wax gel cooled down, so i used a kitchen knife to keep it up. there must be some other more intelligent way to do that… (edit: use a clothespin!) 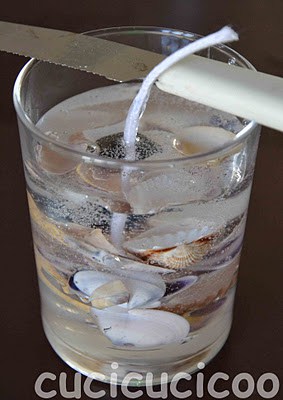 i’m not saying this to discourage you. not at all! i’m sure that you’re much less of a bumbler than i am and perhaps you don’t have a little boy trying to pull all the things off the table, either. but i did learn something very lucky when the little guy grabbed a candle and threw it on the ground: even though ikea glasses normally break just if you look at them wrong, they never break when full of wax gel and shells! 🙂