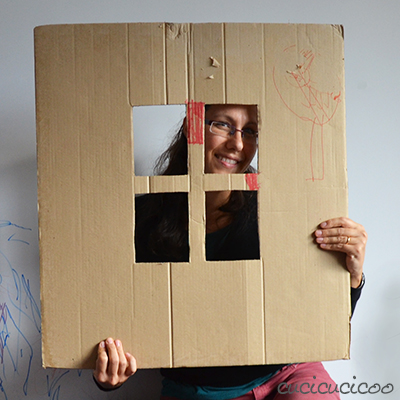 I recently got a new computer and have been transferring all my files to it and doing  a bit of cleaning up and organizing. And I realized that I have loads of old projects (old as in when I still had long hair and my daughter was missing her front teeth!) that I never ended up publishing. If you’ve been following me for a while, you might remember the awesome cardboard box play house I made a few years ago with my daughter and her cousin. Or when we ended up saving it instead of throwing it away a few years later. Well, I eventually did end up getting rid of it over a year ago because it took up too much space and was falling apart. While folding the cardboard into flat packages to be recycled, I suddenly realized the great potential in the window panels and cut them off from the rest of the house. Voilà… instant portable cardboard windows! 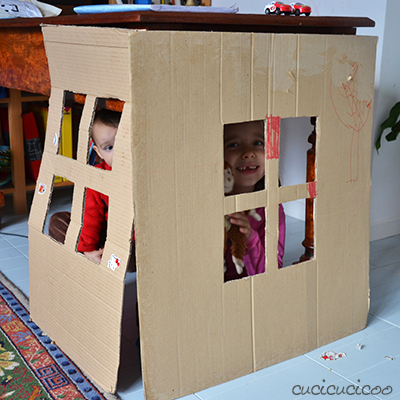 Seriously, how much fun are these?! We leaned them against the edges of a table to make an instant house. 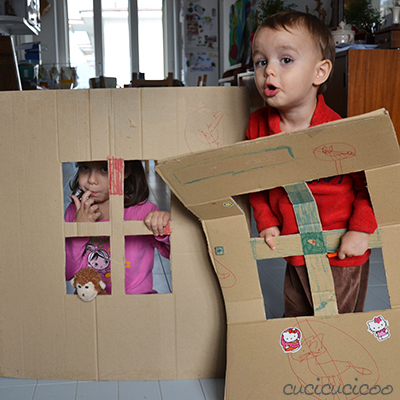 We just stood them up in the middle of the room and tickled and kissed each other (and Mr. Monkey) through the windows. 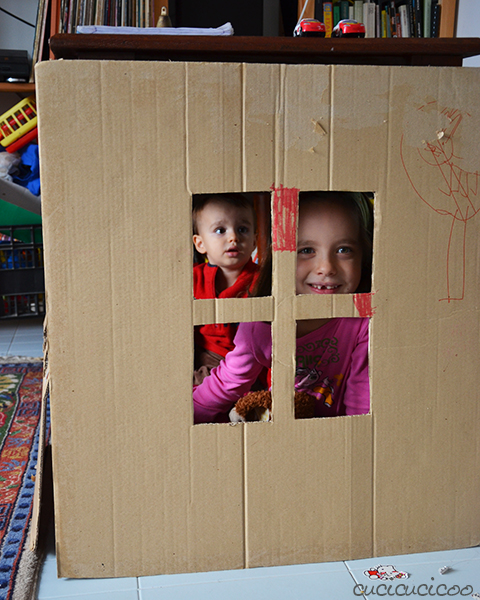 We goofed around with them for an afternoon and then, when we were done with them, I just put them with the rest of the house in the recycling. So next time you have a big cardboard box but no space in your home for an entire play house, just cut apart the sides, chop a few windows out of them, and you can set up home wherever you want! Who can resist a house on the go?!

6 thoughts on “Portable cardboard windows, a.k.a. House on the go”