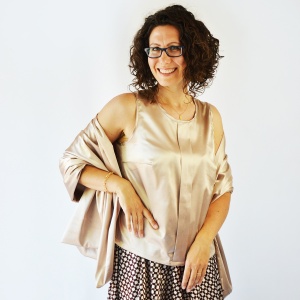 A few months ago, my husband and I went to a fancy wedding, the type where women wear crazy sparkly dresses and heels at least 10 inches high. I, however, never wear heels (I can’t even stand in them, never mind walk) and I had … 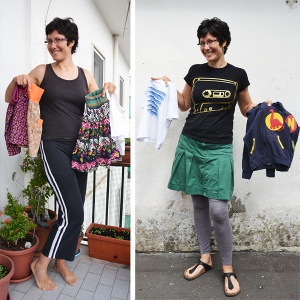 And yet another Me-Made-May is over. My pledge this year had two parts: to wear at least one garment per day that I had made or modified in some way, shape or form, and to finish all season-appropriate clothing works in progress. As the days went by, I started a sort of personal mini-challenge, to see how many days I could go without repeating a me-made garment. During the first half of the month, I had no problems at all and didn’t repeat any me-made garments, but the only WIPs that I finished were five pairs of jeans that I darned.

The second half of the month was also very easy to wear at least one me-made garment each day. A few days in, I realized that I didn’t like the wording of the mini-challenge, because I found myself purposely wearing a minimum of me-mades so that I wouldn’t risk having to repeat them. So I won’t be repeating that part of the challenge again. I did manage to get a LOT of my season-appropriate WIPs done, however I kept finding more and more projects in the to-do list, and various family members kept providing me with new garments that needed mending. So, while I wasn’t able to finish everything, I did manage to clear off one of my sewing spaces. 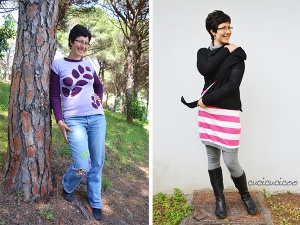 The first half of May is over, meaning I am halfway through my Me-Made-May 2015 challenge. My pledge this year had two parts: to wear at least one garment per day that I had made or modified in some way, shape or form, and to finish all season-appropriate clothing works in progress. As the days went by, I started a sort of personal mini-challenge, to see how many days I could go without repeating a me-made garment.

So what’s the tally as of today, May 16? I have indeed worn one me-made garment per day, without repeating any of them (except for a pair of pants that I’d darned, though those weren’t the main me-mades of those days). Strangely enough, the weather suddenly turned hot a few days in to the month, so I wasn’t able to wear a lot of my colder mid-seasonal clothing, but that hasn’t been a problem for me.

As for my clothing WIPs, I’ve only machine darned 5 pairs of jeans, which I did all on one morning, though I know exactly what to do with a bunch of other WIPs, so hopefully I’ll be able to get those done quickly. An interesting thing is that my to-do pile has grown instead of gotten smaller. Yikes! And a lot of my WIPs are for my kids, so unfortunately I won’t be able to add them to my collection of me-mades for the rest of Me-Made-May.

I also realized that I don’t like posting photos of myself every day on social media. I did it just two or three times on Facebook, but that was about it. So that’s perhaps something that I can work on for the rest of this month’s challenge.

Before I show you the documentation, I have to thank my 8-year-old daughter, who took all of these pictures, most of them with our DSLR, except for May 10 and 12, which my husband took, and the one of the five pairs of jeans, which I took. Isn’t she awesome? So anyway, without further ado, here’s what I wore from May 1 – 16, 2015:

It’s that time of the year again… Me Made May!

For the past I-don’t-know-how-many years, Zoe from So Zo has hosted this awesome challenge to actually wear your self-made clothing. It’s meant to push yourself to appreciate and use your work, and be proud of it! It’s not meant to make you stress out, and you can make your pledge any difficulty at all, whether you choose to wear one self-made item one time the whole month, or wear exclusively self-made clothing. And if you want, you can take a picture of you each day to document your progress and, again if you want, share on various social media. It’s really inspiring to see the other participants’ clothing! 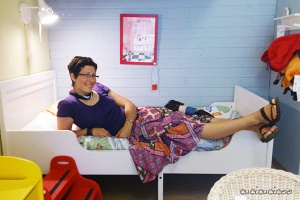 I did it! Today is the last day of week four, and therefore the entire month, of Me-Made-May 2014 and I successfully followed through with my pledge to at least one garment that I’ve made, refashioned or embellished each day of this month. You can … 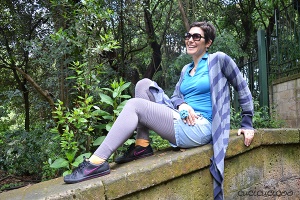 Week three of Me-Made-May 2014 is now over and I’m thrilled to report that the weather is now finally acting like May in southern Italy! As per my pledge, I am wearing at least one garment that I’ve made, refashioned or embellished each day of … 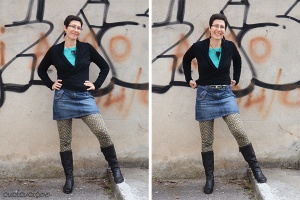 And here we are at the end of the second week of Me-Made-Me 2014, halfway through. As per my pledge, I am wearing at least one garment that I’ve made, refashioned or embellished each day of this month. You can see the first week here. … 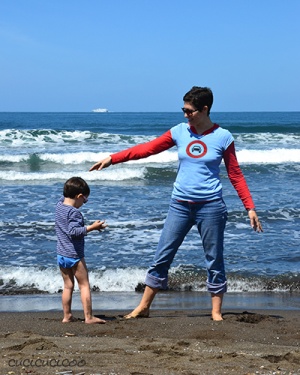 And here we are with the first installment of what I wore as part of my Me-Made-May 2014 pledge. To remind you, I challenged myself to wear at least one me-made (sewn, refashioned, embellished, knit, crocheted) garment per day. Last year’s pledge was the same, … 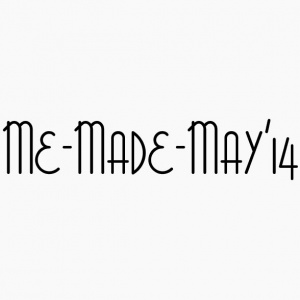 Spring is starting to make itself felt, and this means that I’m thoroughly enjoying the warm sun and amazingly fragrant budding flowers. It also means that I’m getting ready for Me-Made-May ’14. Oh yes! This will be my second time participating in the challenge to … 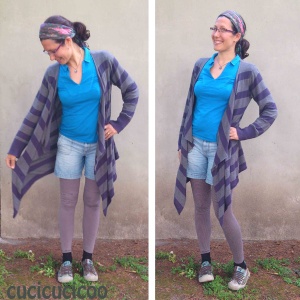 The last week of my Me-Made-May ’13 challenge! I managed to wear, as I’d pledged,  at least one of my own handmade (whether from scratch or refashioning somehow) articles of clothing or accessories each day. I must say that I’m pretty happy how it’s gone … 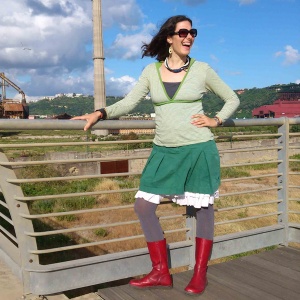 The fourth week of my challenge! (Here are weeks number one, two and three.) The weather has gotten very chilly again and I had to take out some warmer clothing from the winter stuff I’d already packed away. May 20: Windy day! Everything was blowing …

And here’s the continuation of my Me-Made-May challenge. (And here are the first week and the second week.) This week was the first to present some difficulties, which I’ll write about below. May 13: A day spent at home doing housework and balcony gardening. t-shirt: … 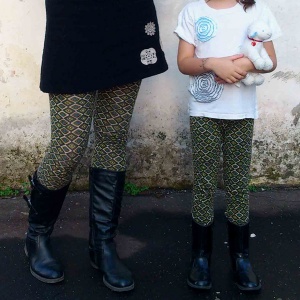 And here’s the continuation of my challenge to wear at least one garment and/or accessory that I’ve made/refashioned per day of May. (Click here to see the first week.) There are a few projects here which I haven’t been able to write about yet, but … 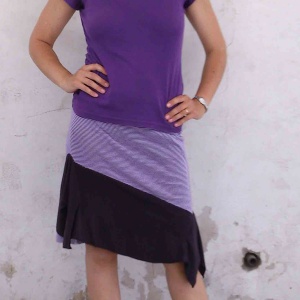 ok, i didn’t have any issues this first week of my challenge to wear at least one garment/accessory made/refashioned by yours truly every day. my official photographer is my daughter, which explains both the viewpoint and quality of the photos, which are both a bit… … 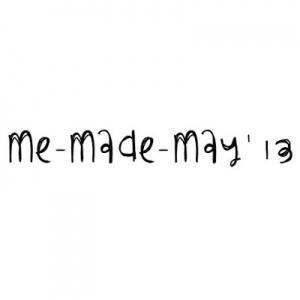 i’m in! i’ve pledged in So, Zo…‘s challenge for the first time. it’s called Me-Made-May and it takes place each year. every participant pledges to wear homemade (sewn, refashioned, knitted, crocheted, etc.) clothing as often as possible throughout the month, but you personalize the details …