How to sew with a bias binding foot: 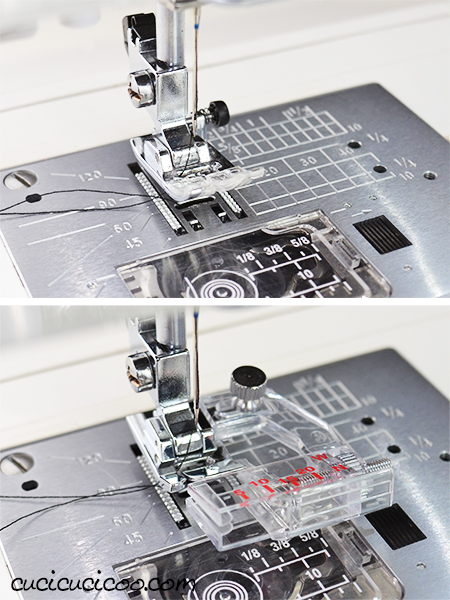 Remove your regular sewing machine foot (on top), and attach the adjustable bias binding foot (below). My sewing machine uses low shank feet, so all I had to do was clip on the foot. 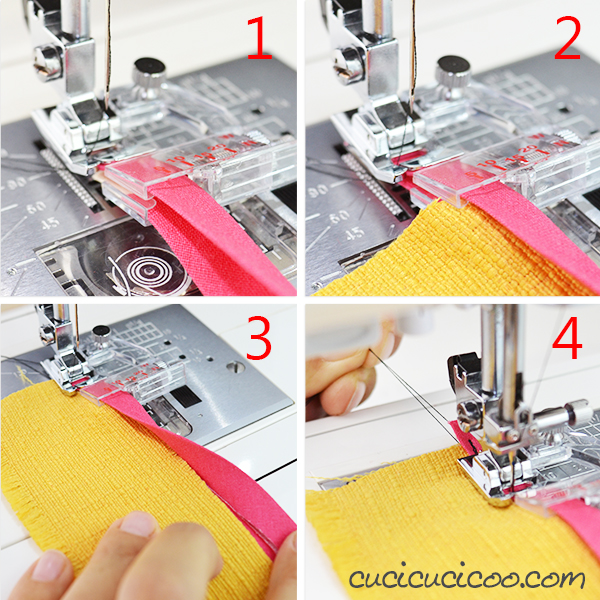 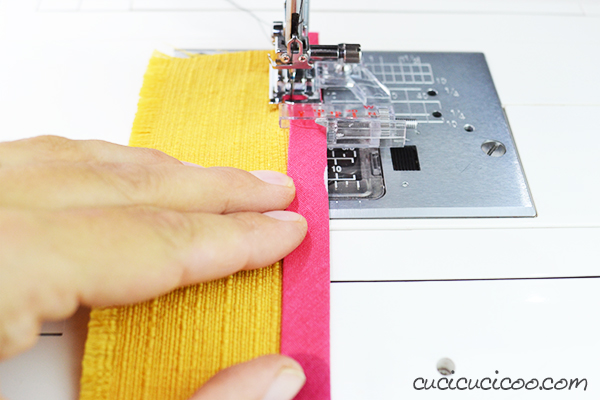 Then just continue sewing! If you’re binding a straight edge, it’s pretty simple. Just keep checking that the fabric is reaching all the way inside to the inside of the bias tape. If it isn’t, stop sewing (with the needle down), adjust the fabric and bias tape, and continue. 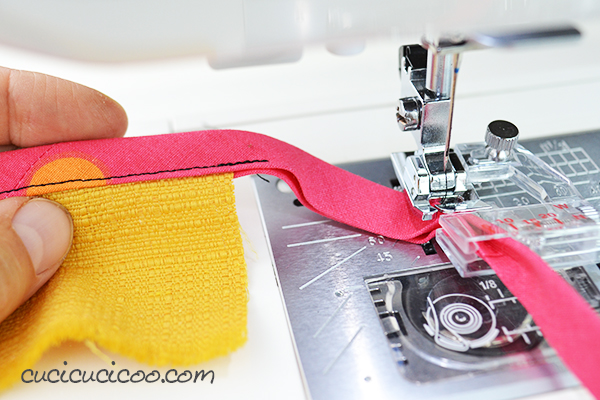 When you’re done, backstitch a few stitches, raise the presser foot, cut the threads and pull the fabric out from under the foot. Trim the bias tape, and you’re done! 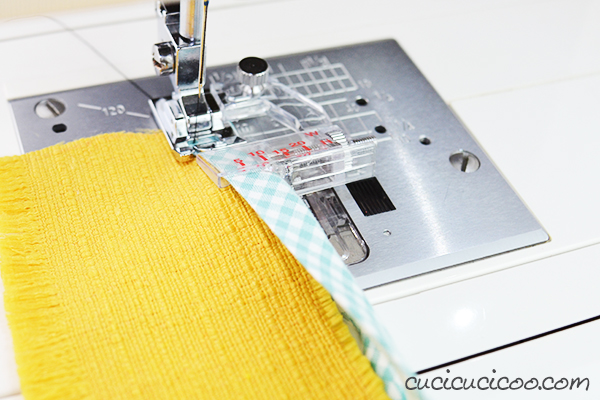 Like I said before, you can even be super lazy and use single fold bias tape with the bias binding foot, however if you want excellent results, I really suggest you just take out your iron and press the bias tape in half first to made double fold bias tape.

You have to be very careful in adjusting the fabric and bias tape as they go through the machine foot, but it’s a really quick technique that works well for sewists who like to take shortcuts. 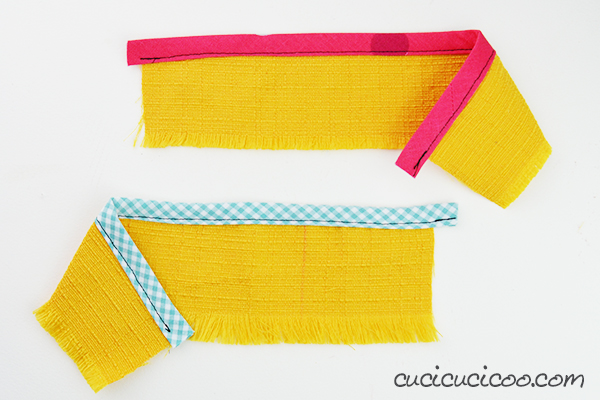 Look at that! I bound these two fabric edges in no time at all with just one line of stitching each and NO PINS! Wow! 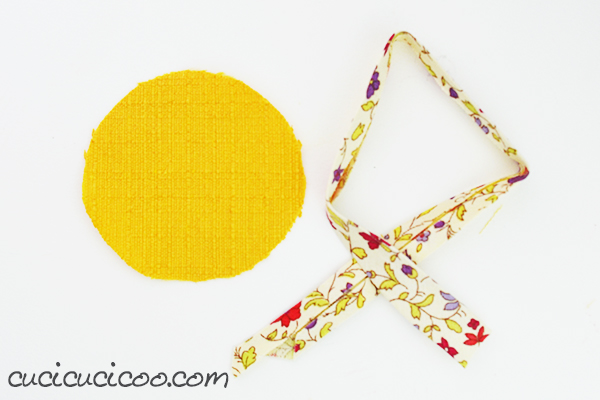 Once you’ve learned well how to sew with a bias binding foot, you can tackle more complicated binding projects with it, too, such as curves and joining the ends of bias tape along the edge.

If you feel like trying it, cut out a circle of fabric (the bigger it is, the wider the curves and the easier to bind) and get your bias tape ready. My example here was a bit harder than it needed to be, first of all because I cut a small circle in order to use up this short scrap of flower bias tape that was left over from hemming my circle skirt last year. Second of all, the bias tape was only single fold and was also more narrow, making it harder to keep the fabric enclosed inside. 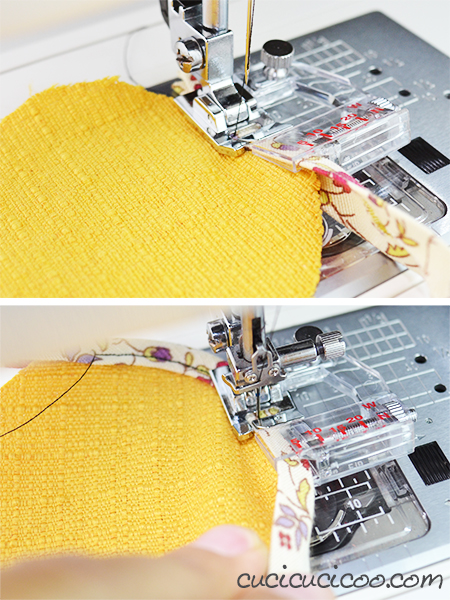 Start off like we did above. Slip the bias tape through the foot and pull it out the back. When joining ends of bias tape, we need to leave around 5 cm of it hanging off of each end, so make sure you’ve pulled at least that much out behind the needle. Stick the edge of the fabric circle in the foot and under the needle, then lower the presser foot. (top photo above)

Stop sewing and adjust the fabric whenever it’s necessary. 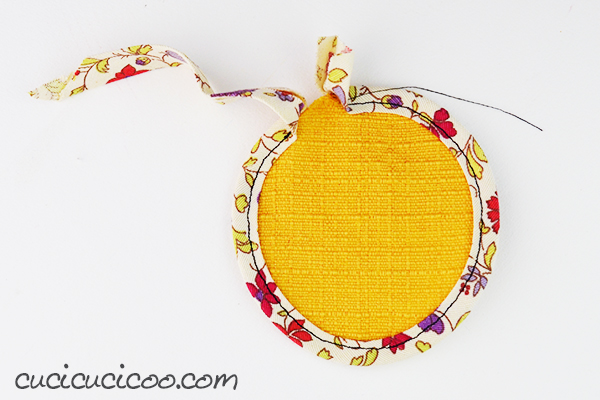 Stop sewing about 5 cm away from where the stitching began. I left less than that, and it was a pain in the butt, to be perfectly honest!

Stick a pin in the center of the unbound edge (light blue pin). Then pull one end of the bias tape as if it were being sewn on and stick another pin into the bias tape where the first pin is (dark blue pin).

Remove the first pin. Open up and unfold the bias tape ends and flip them around so that the right sides are facing and the two pins are at the same height. (shown on the left)

Remove the bias binding foot and put the regular sewing machine foot back on. Then sew across where the pins are. (shown on the right)

Trim the bias tape (shown on left), then flip it back around, open the seam allowances and fold the raw edges back inwards. Then position the bias tape over the fabric edge, pin (shown on right), and continue sewing with your regular sewing machine foot.

Ta da! It might look a little wonky and warped, but just give it a good steam with your iron (using a protective cloth, if your fabric requires it), and it will flatten right out! Doesn’t that look nice?! Normally you need to do a LOT of pinning when binding curved edges, but I totally skipped that step! Yee-haw! I love saving time and energy when sewing! 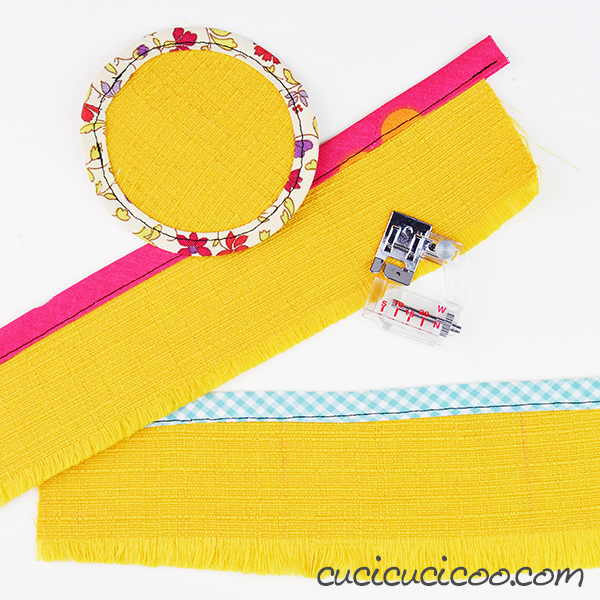 So, now that you’ve seen how to sew with a bias binding foot, go procure yourself one right away and put it to work! I highly suggest ordering this adjustable bias binding foot from Sewing Bee Fabrics. Linda carries pretty much every type of machine foot imaginable (Don’t believe me? Check out her sewing machine foot page!), as well as loads of fabrics and other amazing accessories and notions, not to mention a bunch of free tutorials. Shipping is free in the UK and tracked/registered to many other countries. And, a detail that might seem insignificant, but means a lot to my eco-minded heart, Linda has done away with plastic and uses ONLY paper packaging. Pretty paper packaging, at that! 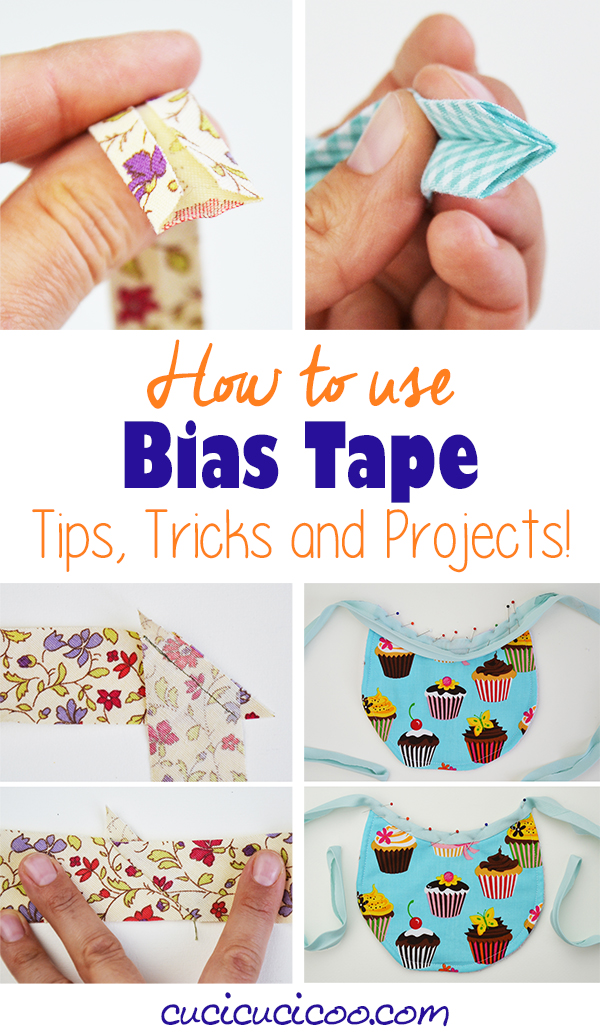 Do you want to learn more about bias tape and the many ways you can use it in your sewing? Then check out all my other bias tape lessons and tutorials! And be sure to come back soon, because I have two fantastic new tutorials coming up to use bias tape!

Make sure you Pin this sewing lesson to remember it for later and share with sewing friends! 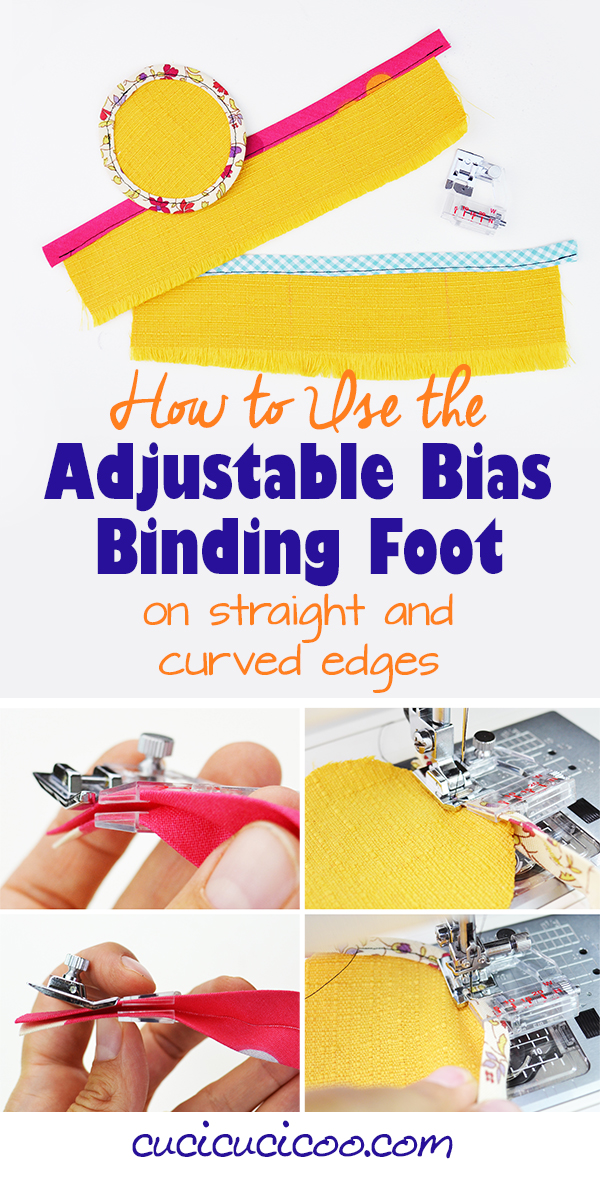 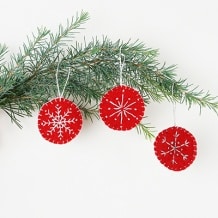 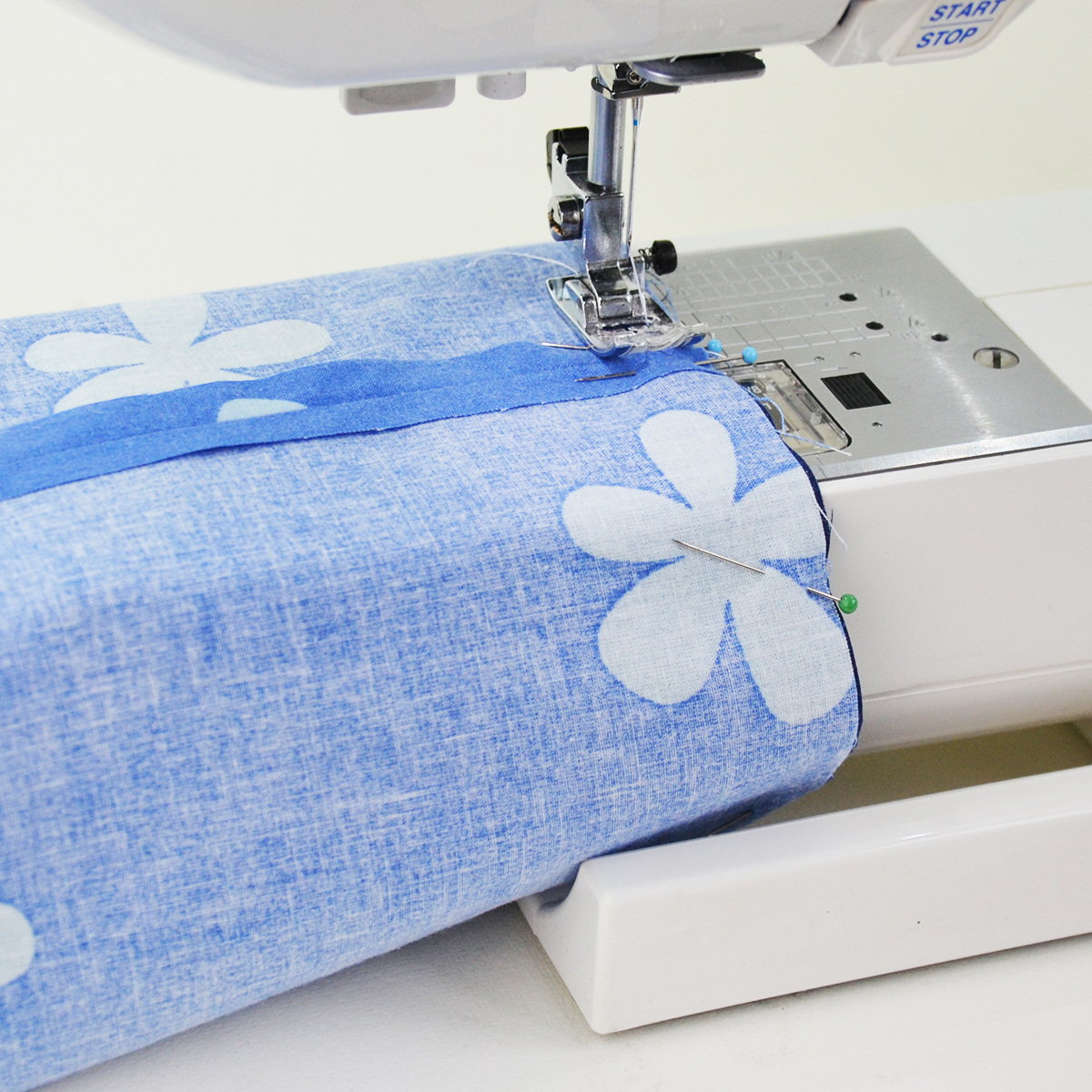 What is a free arm on a sewing machine (and how...