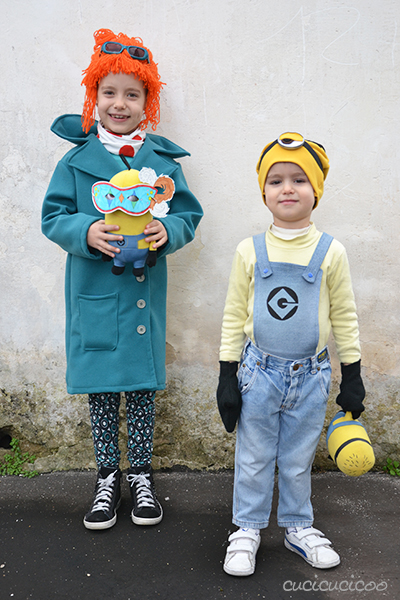 Here we are on the day of Carnival, Fat Tuesday, Mardi Gras… and it’s raining. Doh! So now celebrating in the streets with the wonderful festivities planned in many towns in the area for us. Some of the celebrations have a rain date, so hopefully at some point soon we can make up for it. But I wanted to show you all the two costumes I made my kids, both from Despicable Me 2. (Don’t you love how they decided to pose with their Minion toys and how Sofia made her Minion a Carnival mask?!) 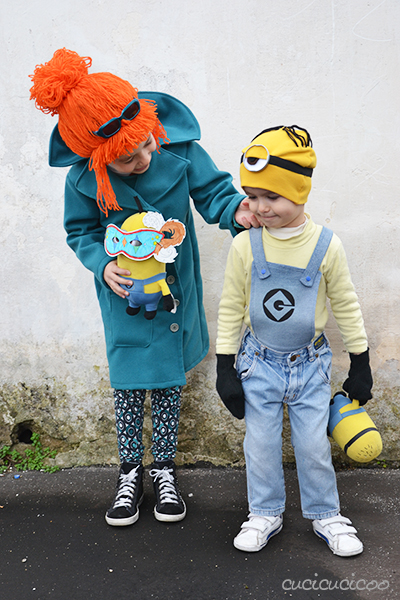 Sofia is Agent Lucy Wilde (I’ve already published tutorials on how to make Lucy’s wig and accessories and how to make her scarf and coat) and Nicky is the Minion Stuart. Sofia and I thought that he should be Dave because of the whole Lucy fantasy scene, but he had his mind made up that he should be Stuart. Just as well… that made me one less eye to make! Alas, life got in the way of my publishing the tutorial on how to make the very simple Minion costume and it could’ve been even simpler than how I did it, but I will write more about that soon! (edit: here’s the Minion costume tutorial!) 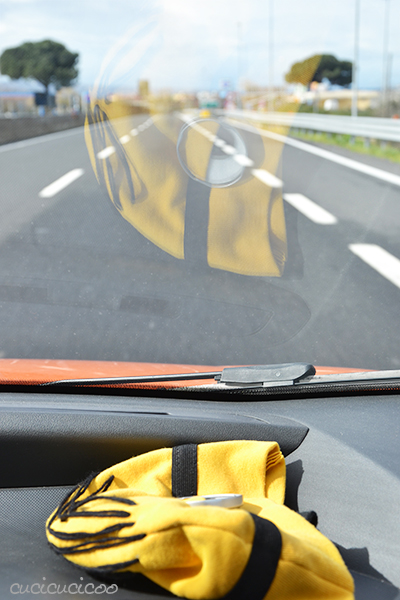 Luckily we woke up Sunday morning to gorgeous sunshine, despite the forecasts for rain, so we hopped in the car and headed to a Carnival street parade in Naples. 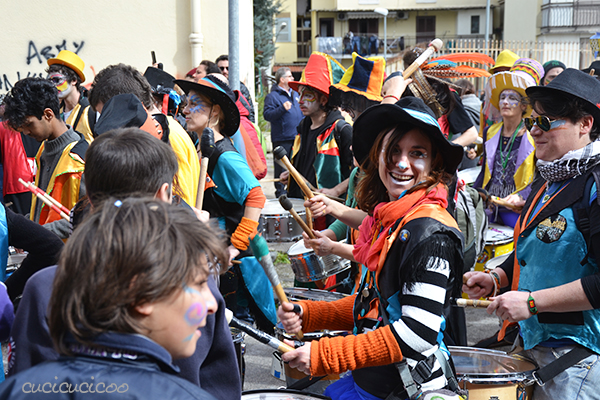 Gridas is a group working to make life in the infamous neighborhood Scampia (have you seen the movie Gomorrah? That’s Scampia.) better and does lots of activities with kids from the area. They’ve been organizing this wonderful celebration for many years, but this was the first time that I’d been to it. It was a fantastic display of color and happiness, though I didn’t get to take many pictures because I had to hold on tight to my Minion’s hand to keep from losing him in the crowd. 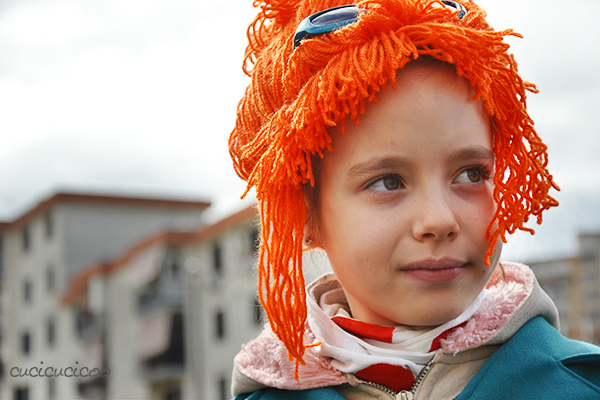 These two were mesmerized. 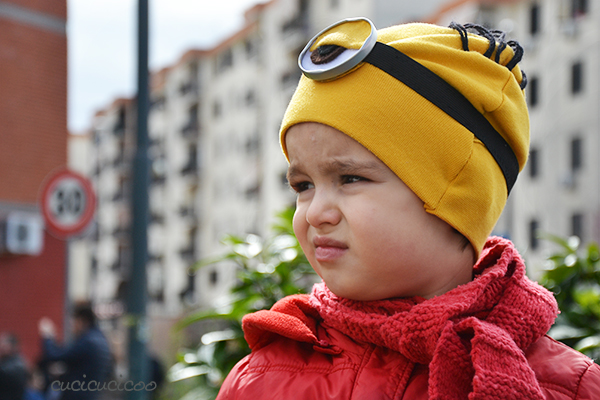 We managed to dress Sofia in her regular coat and fit her Lucy coat over that, letting her be in full costume. Most of Nicky’s costume was covered by his jacket, but his hat made it pretty clear how he was dressed. 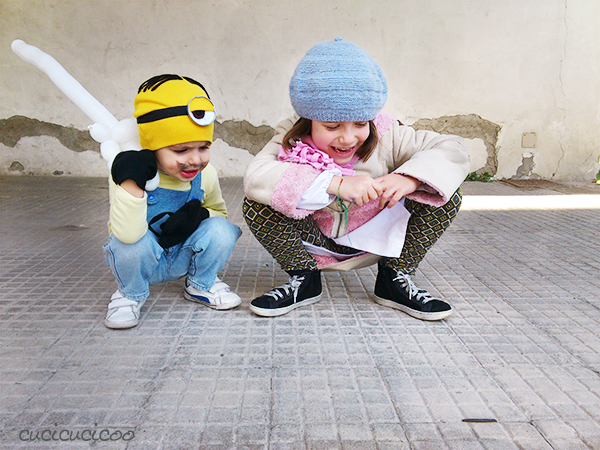 Nicky got another chance to dress up without it getting ruined by the weather at his school party on Monday. I was pretty surprised when I picked him up afterwards to find that he’d grown a moustache! On the way home, he and his sister stopped to watch a millipede while passersby got a good chuckle at them.
The how-to for the Minion costume is coming soon! (edit: here it is!)