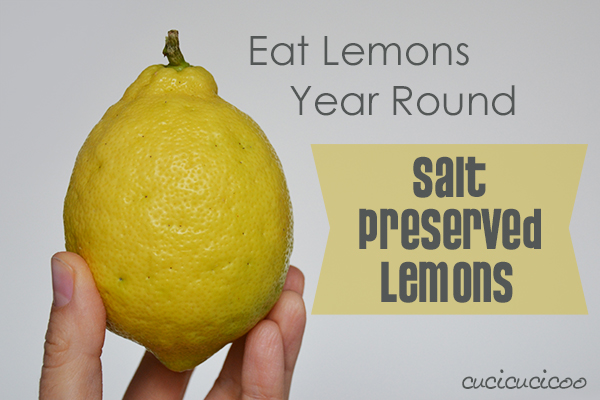 It’s citrus season for those of us living in southern Italy. While it’s great to get loads of organic lemons, oranges, mandarin oranges, clementines, grapefruit and citron from our tree-owning friends, we tend to get so many that we don’t know what to do with them all. In the past I’ve made loads of limoncello, arancello, lemon-ginger jam, orange-lemon marmalade, but we don’t particularly love those types of liquors (give me a finocchietto any day, though!) and don’t eat much jam in our home. Last year I started making citrus peel powders, which are an easy way to add extra flavor to all sorts of dishes. Then I happened upon the idea of preserving lemons in salt. I was intrigued and decided to give it a go. The preserved peel has a very strong and peculiar flavor so you really only need a little bit chopped up in your plate. It adds an amazing extra dimension to all sorts of dishes and is a way to be able to use your lemons for another six months or so. And it’s by far the least labor-intensive of my citrus preparations so far. Are you intrigued, too? Read on! 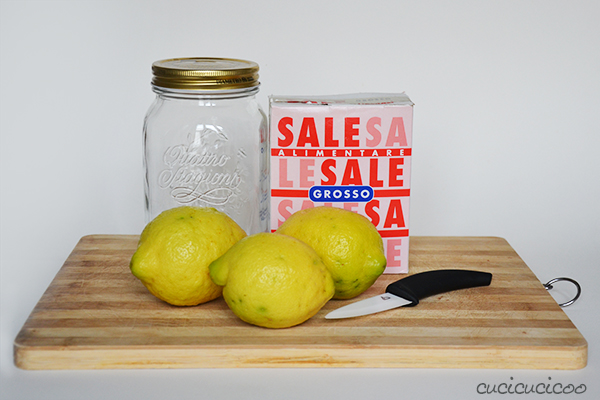 Grab your supplies: some organic lemons (scrubbed clean and dried), coarse salt, a large sterilized jar and cap, cutting board, sharp paring knife. Last year I used grapefruit, too, which worked fine, though I prefer the flavor of preserved lemon. (My husband liked the grapefruit version more than I did.) Some recipes instruct you to soak your lemons before preserving in order to get rid of any bitterness, but I honestly couldn’t tell much difference between the ones that I had or hadn’t soaked previously, so don’t bother. 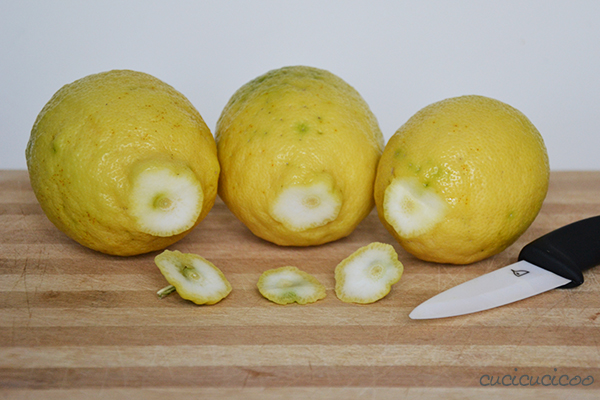 First chop off any bits of stem still stuck on the lemons. 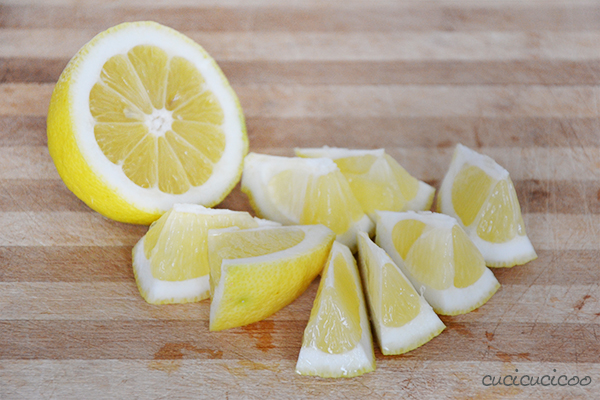 Then cut your lemons into segments. I chose to cut my lemons in half first because I found that sometimes a whole slice was too much for me to use. I also tried using whole lemons with cuts made into them, as I’d seen in a few sources, but I found they didn’t get preserved as well as sliced lemons. 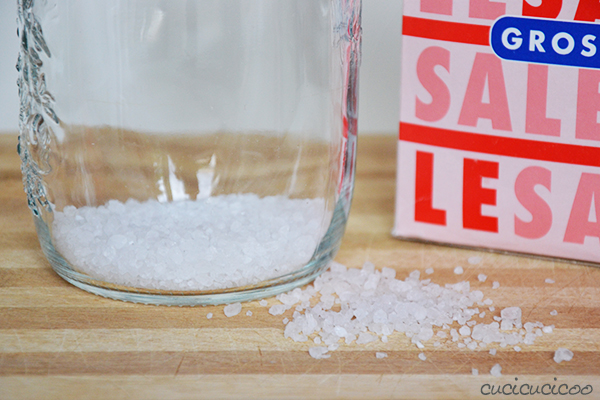 Put a layer of salt into the jar to cover the bottom.

Then start adding your slices with salt between layers. You want to really squash the lemon wedges together as much as you can. 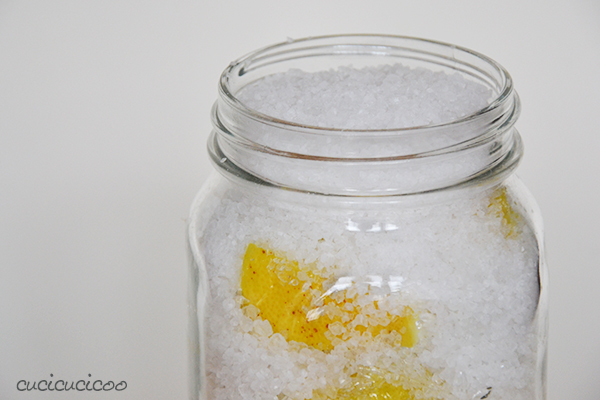 Continue layering lemon and salt until you get to the top of the jar. Push down on the top layer of salt as hard as you can. You want the lemons to squeeze out their juice. If you manage to make enough space for another layer of lemons, add them. If not, just top off with more salt. 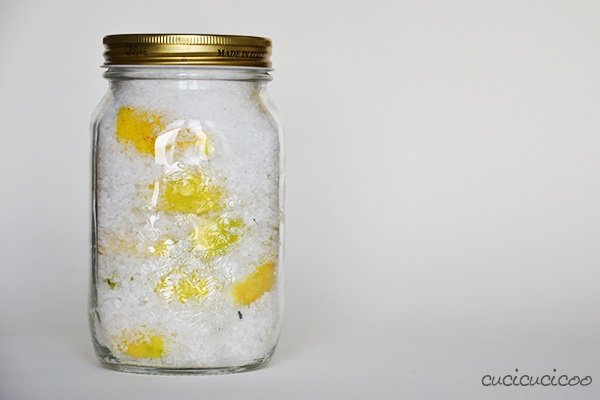 Put the top on the jar and store in a cool dark place for at least one month before using the lemons. 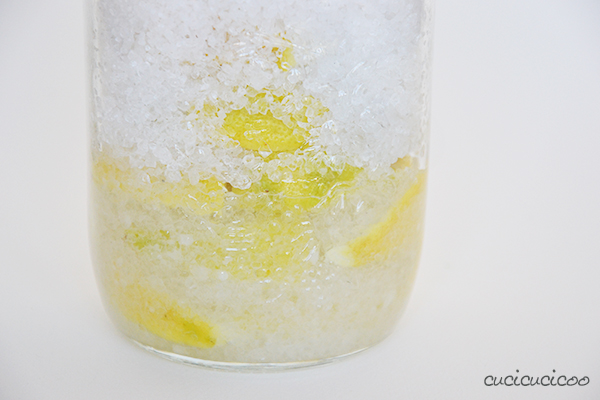 If you look at the jar the next day, you should notice that lemon juice has seeped out and started dissolving some of the salt at the bottom. That means that things are going just as they should! The salty lemon juice preserves the fruit, which is what makes it still good and with that special flavor even six months later. You might want to take off the cap and squeeze the top layer of salt to help the lemons give off more juice, or turn the jar upside down a couple of times to help the juice get all around every so often.

**update 1/21/16**: Now that I’ve been making these lemons for a few years, I actually suggest that you squeeze the juice of half or a whole lemon onto the top layer of salt when preparing these. It’s really important that the lemon juice saturates the salt in the whole jar. A couple of times it happened to me that there wasn’t enough juice at the top of the jar and I had to throw away the topmost lemon slices, which had turned brown. 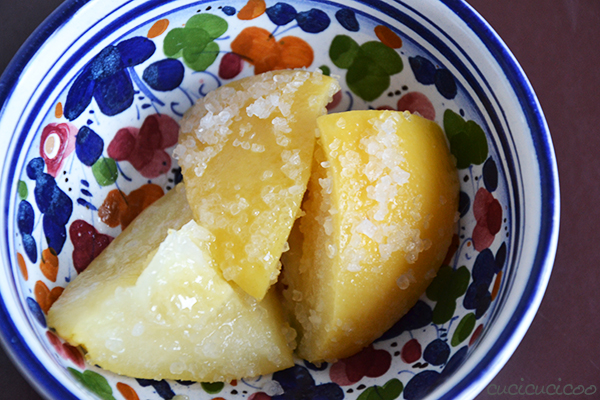 After about a month the lemons are ready to use. They will look like this when you take them out from under the salt and will be soft. 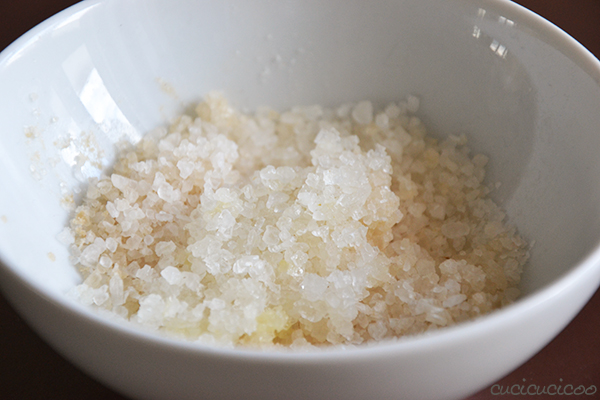 Don’t throw out the extra salt from the top of the jar! I like to put mine in a little bowl to use to salt my pasta or rice water, or to add to broth or other things that I’m cooking when needed. It has a nice hint of lemon to it. 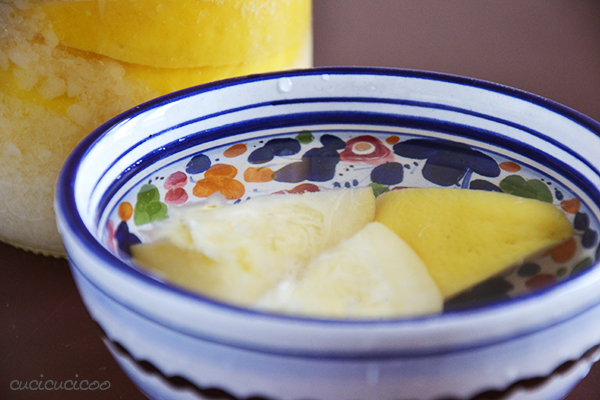 The one bad thing about using preserved lemons is that you have to remember to take them out of the salt before you want to use them. Rinse them off under running water and then leave them to soak in a little bowl of water for 20 minutes or so, or else they’ll be too salty to bear. 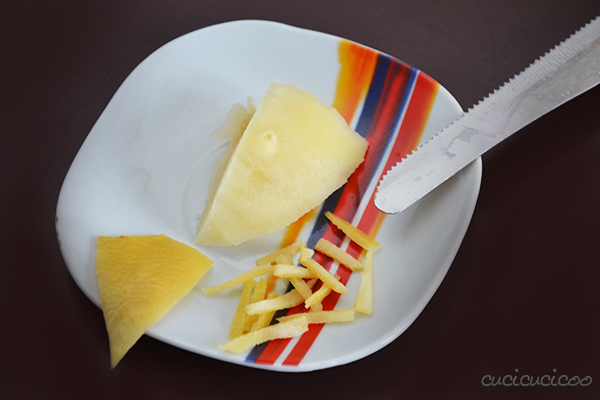 After soaking the slices, cut off the peel, discarding the little pulp still there. To get the most flavor out of your preserved lemon, use just the outer yellow peel, not the inner white part. I did sometimes use the whole peel, including the white part, which also tastes good, though doesn’t have as intense a flavor as just the outer part. Cut up the peel into little slices and add directly on top of the food in your plate. 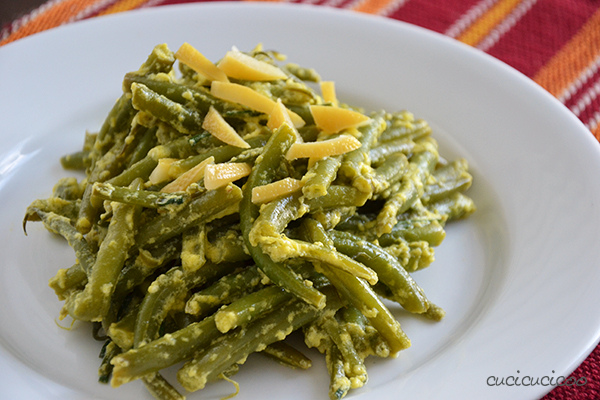 What dishes are good with preserved lemon? The sky’s the limit! Fish, rice, vegetables– you name it! Have you ever prepared a dish with an ingredient that just doesn’t have a whole lot of flavor? Pop some preserved lemon on top to give it a pop of flavor! I’ve used it on green bean fricassee… 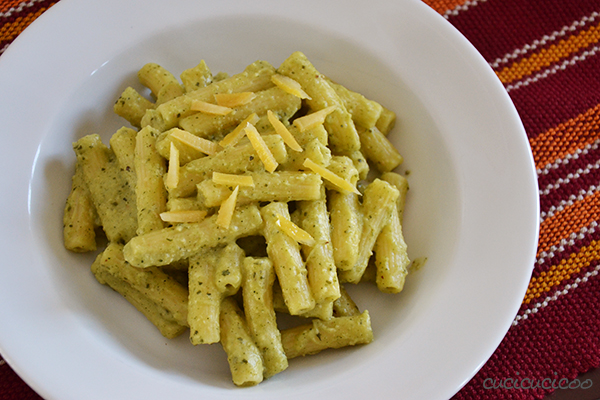 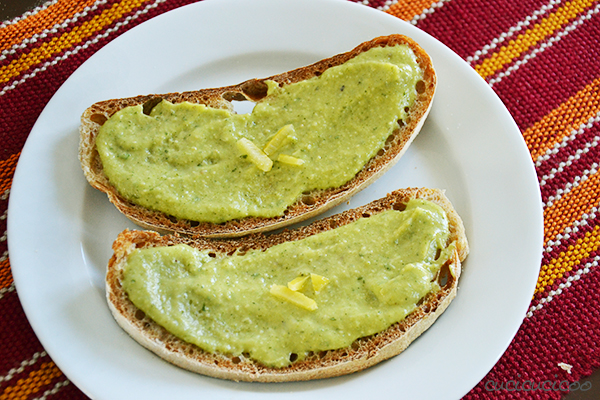 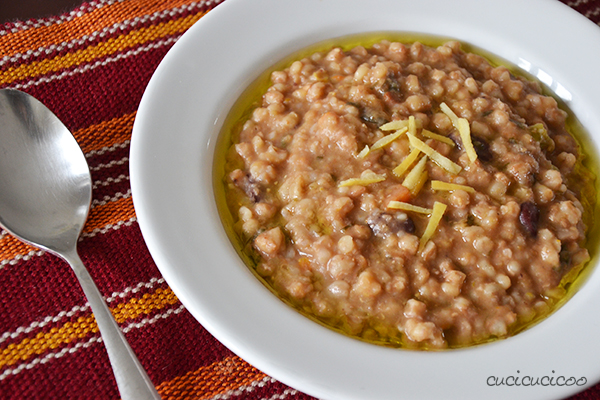 … and multigrain bean soup, among lots of other dishes. Use your imagination! Just a couple things: If you notice that your lemons aren’t covered in liquid, try to squish them down to where there is liquid. If your lemons start drying out or turning brown, it’s time to throw them out… and look forward to the next lemon season when you can make more!

10 thoughts on “Eat lemons all year: How to make salt preserved lemons”