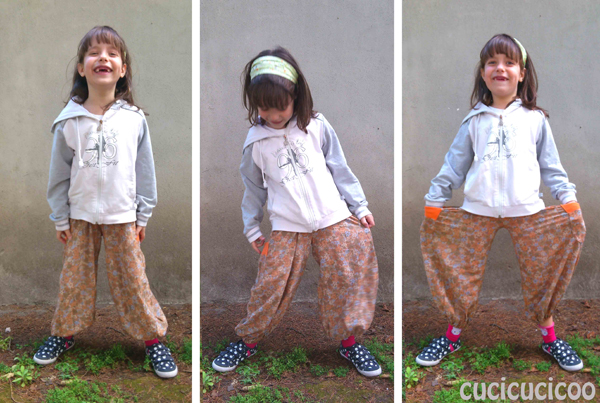 A couple of years ago my daughter received these very cute Yo Soy Feliz pants/overalls. We called them “clown pants.” They were like pants with a long torso going all the way up to under the armpits. It stayed in place with a ribbed band and laces to tie up. I couldn’t find any pictures of her wearing them because she never really wore them. The model was clearly for the summer, but the fabric bothered her legs in hot weather. Then the top band just barely covered what needed to be covered up top because the crotch was too high. 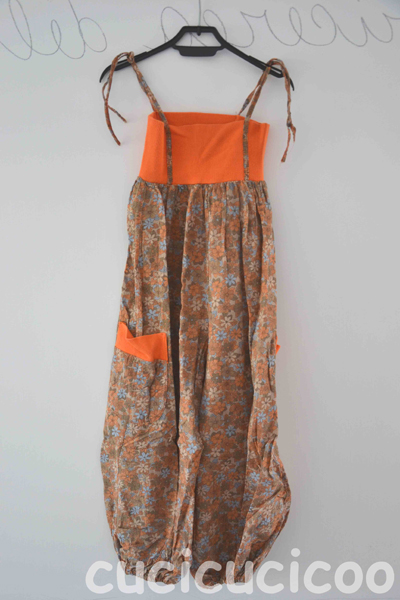 Last year I decided to transform them into normal pants. Except I never found the time to do it until this year. I didn’t take pictures to show what I did, but basically all I did was remove the staps with a seam ripper and cut off the upper band. 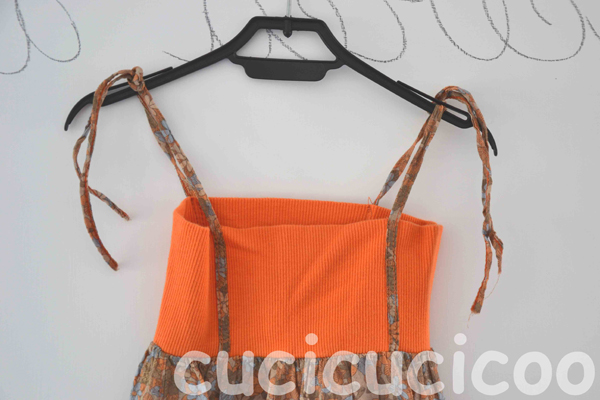 Then I cut off the top of the pants fabric so it wouldn’t go up her torso. I joined the cut edges, right sides together, and sewed them. 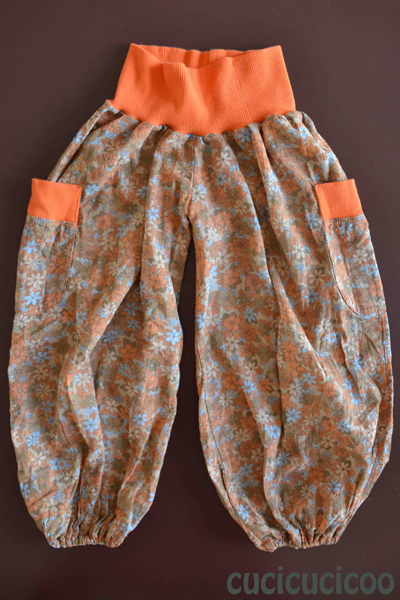 And there we have a more normal model of pants with a ribbed band to keep it up at the waist. Now she loves these pants and they’re super comfy. The only problem is that I waited too long to modify them and now they’re a little too short for her! But we figured out a different cool way to wear them, slipping the elastic bottom up along her calves and underneath the pants fabric, creating a bubble effect. So she still has some pretty fun, funky pants that are more versatile than before! 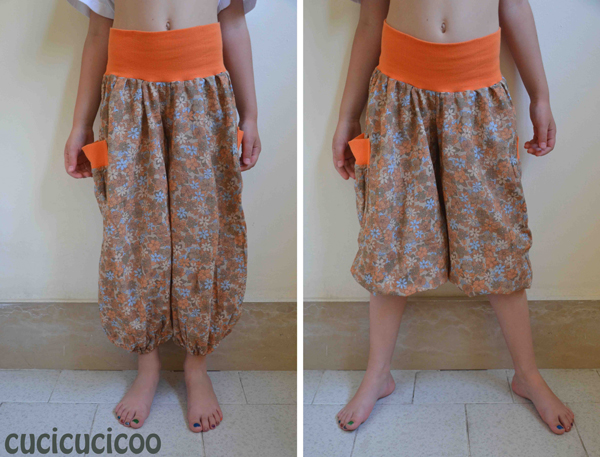 In other news, I’ve been super busy behind the scenes with this blog in its new home. I am cleaning up some layout things, completely re-arranging the categories (what Blogger calls “tags”), preparing to install the multilingual function (at which point I’ll have to translate the whole site and split up the Italian from the English post by post) and working with my web designer on a very cool new layout. So things will continue to look different from time to time here, but it’s all moving towards fantastic-ness, don’t worry! And you would not believe how many projects I have done and photographed that are just waiting to be posted about! So stay tuned! 🙂