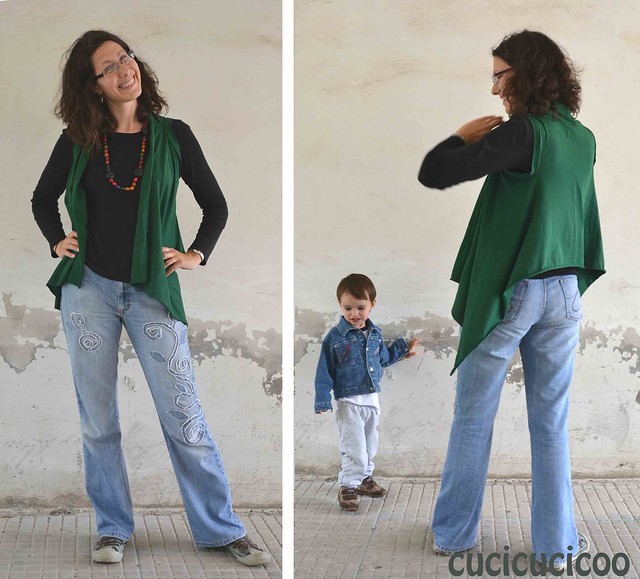 Ok, raise your hand if you’re on Pinterest and haven’t yet seen this pin. [Silence.] I think everyone’s seen it. Last fall I gave this very simple vest made from a rectangle of cotton jersey with two slits for arms. And that’s all it is! Except… the girl who made this is decidedly smaller than I am and the arm openings were too close together. Dangit. And, stretching the fabric slightly to fit my arms was starting to rip the ends of the cuts. So this project was abandoned for quite a few months, until last month, when I finally decided to finish it and wear it for a cooler-than-anticipated Me-Made-May’13. (Which is why I still have long hair in these pictures, which are from 2 or 3 weeks ago.) 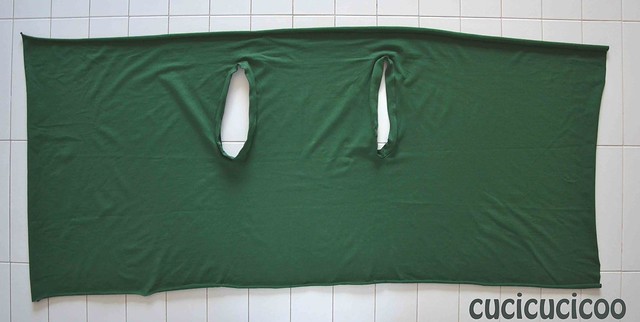 I didn’t take any photos in the making, but here’s the end result. The arm holes are the same, even if it doesn’t look that way here. The rectangle is 144 cm long and 70 cm high. The cuts are 34 cm from each other (it would’ve been better has they been further apart) and 15 cm from the top. They’re 25 cm long. I had to open up the slits on the outer side, making ovals, to let my arms fit through better. 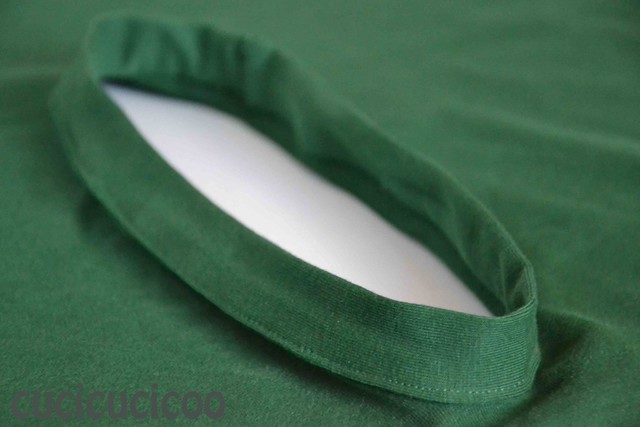 The fabric was stretched out by my shoulders and in any case I didn’t like leaving them cut like that, without finishing them off, considering the stress on the fabric when worn, so I added a bit of fabric onto the openings. 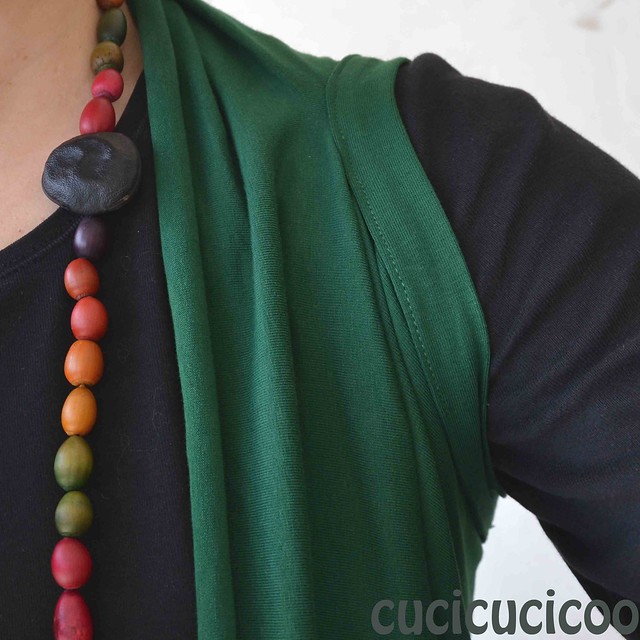 They still go a bit too much into my armpits, but they’re a lot better than before! 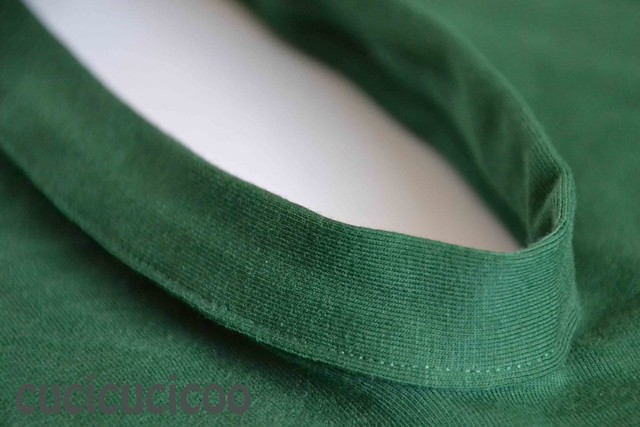 I made a sort of bias tape, but not cut on the bias. Meaning I cut out rectangles from the fabric (not cut diagonally, as you do for bias tape). I folded them (and ironed them) in half lengthwise, then folded the edged in again towards the inner fold. Then I sewed them along the openings like you do with bias tape. 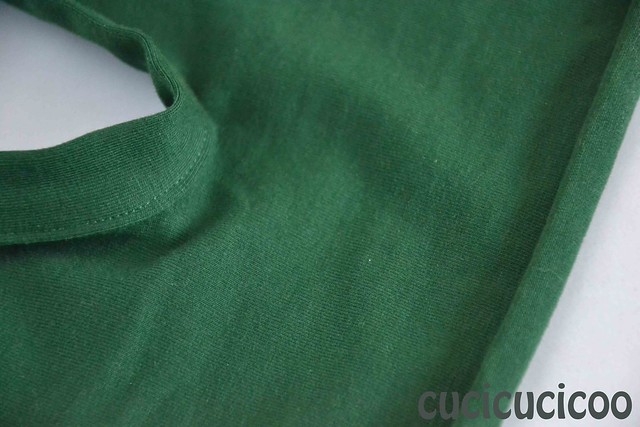 This way the effect is more finished off, covering more of my shoulders, and I don’t have to worry about the fabric tearing. I left the edges of the rectangle as they were, without sewing, because I like the rolled effect they have. (I suggest you use a rotary blade, as opposed to scissors, to cut perfectly straight edges.) 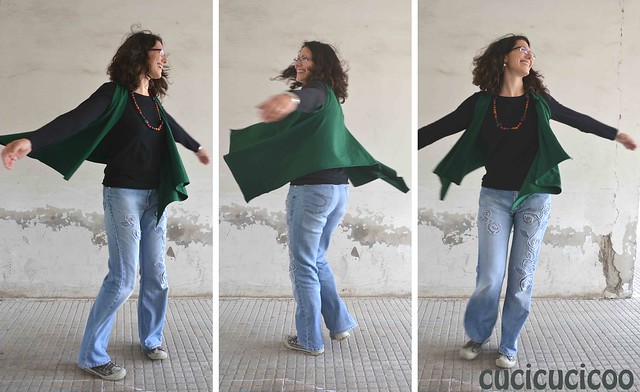 And here we have the mandatory twirl pictures! It’s not perfect, but it’s great all the same! Now I need to make the next simple vest but this time, as I saw on Pinterest, with an inner circle!