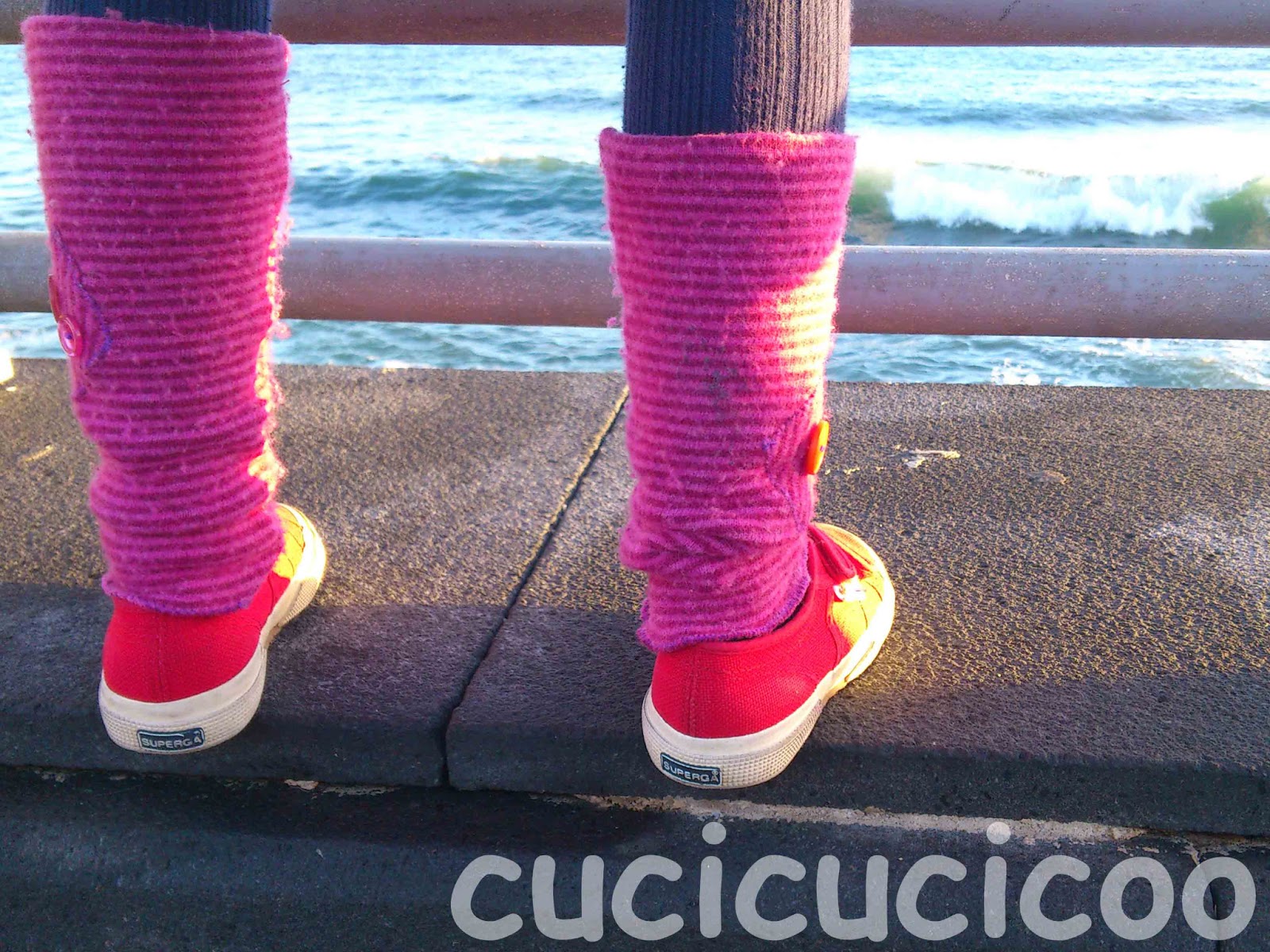 remember those eco-sponges that i made from wool clothes that i’d inadvertently felted?  i wrote about how i’d done something with the remainders of those clothes, but then three months went by without my writing the post. but, you know how they say, better late than never! (really, that can apply to basically everything i do…) 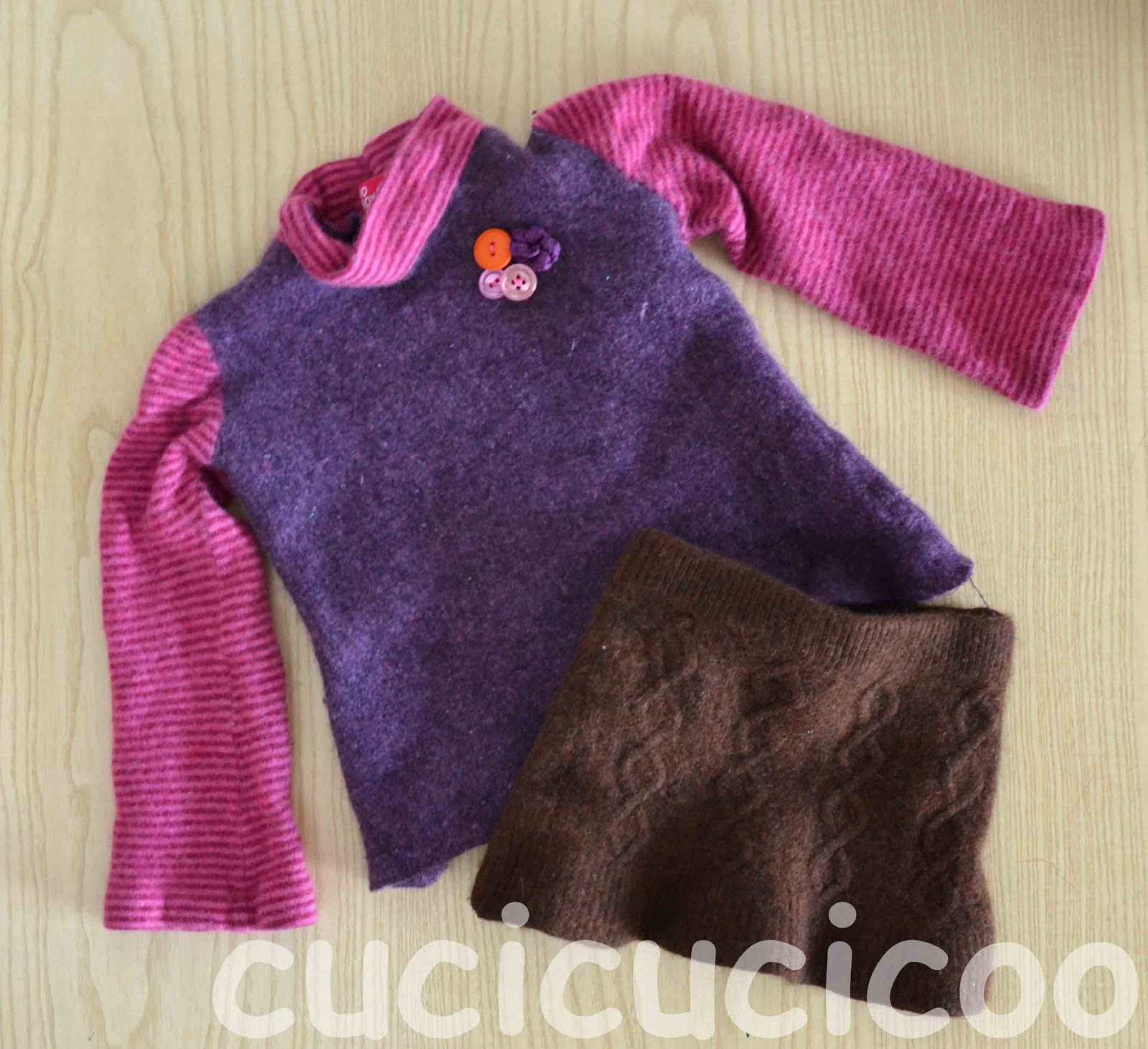 first there were the sleeves of this very cute dress from yo soy feliz. the sleeves didn’t felt up because they’re a synthetic blend. i made the most obvious thing out of them: 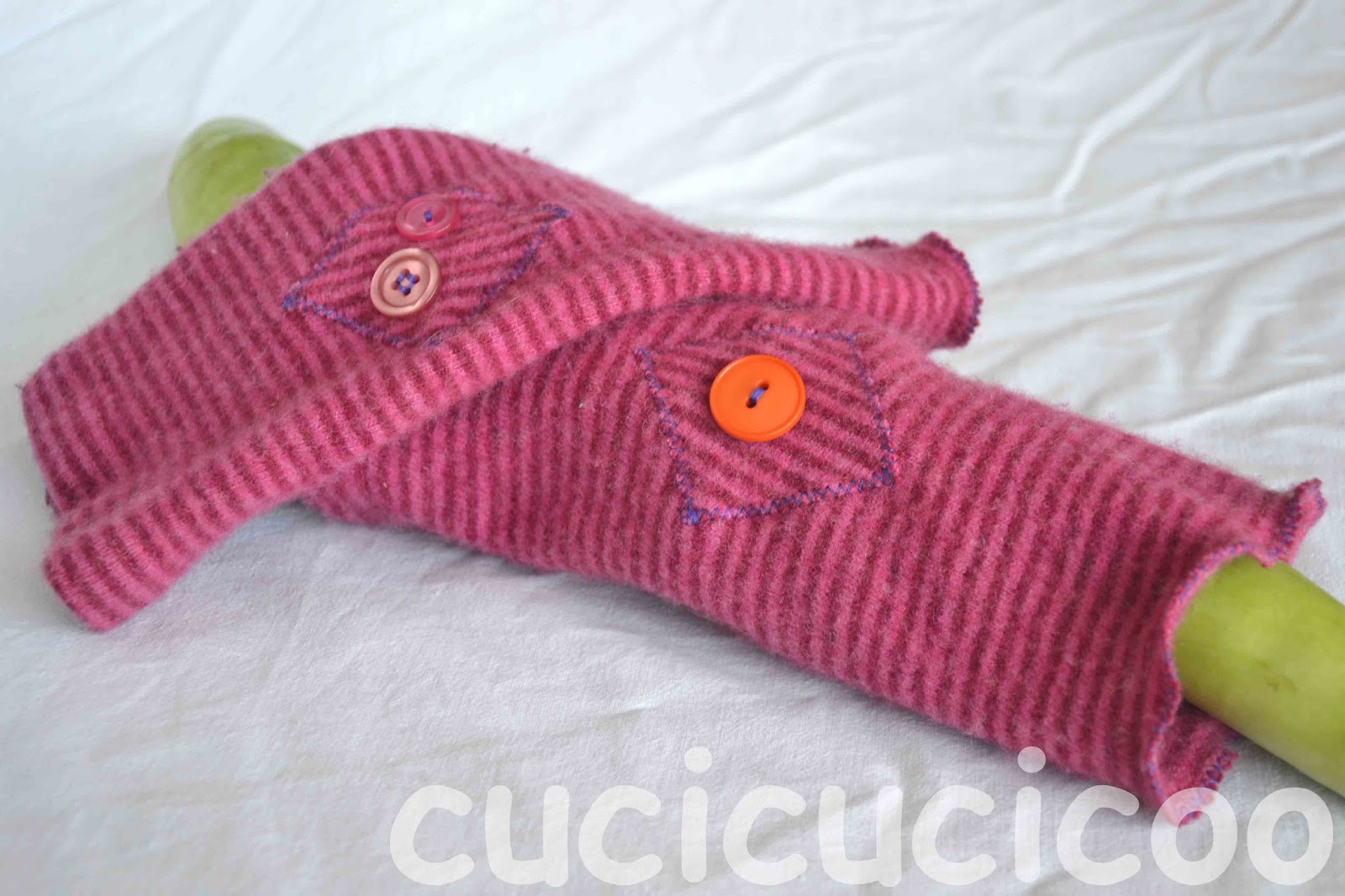 little girl legwarmers! (posed with the zucchetta – a type of summer squash – from a friend’s garden. i mean, what else would i have posed them on?!) 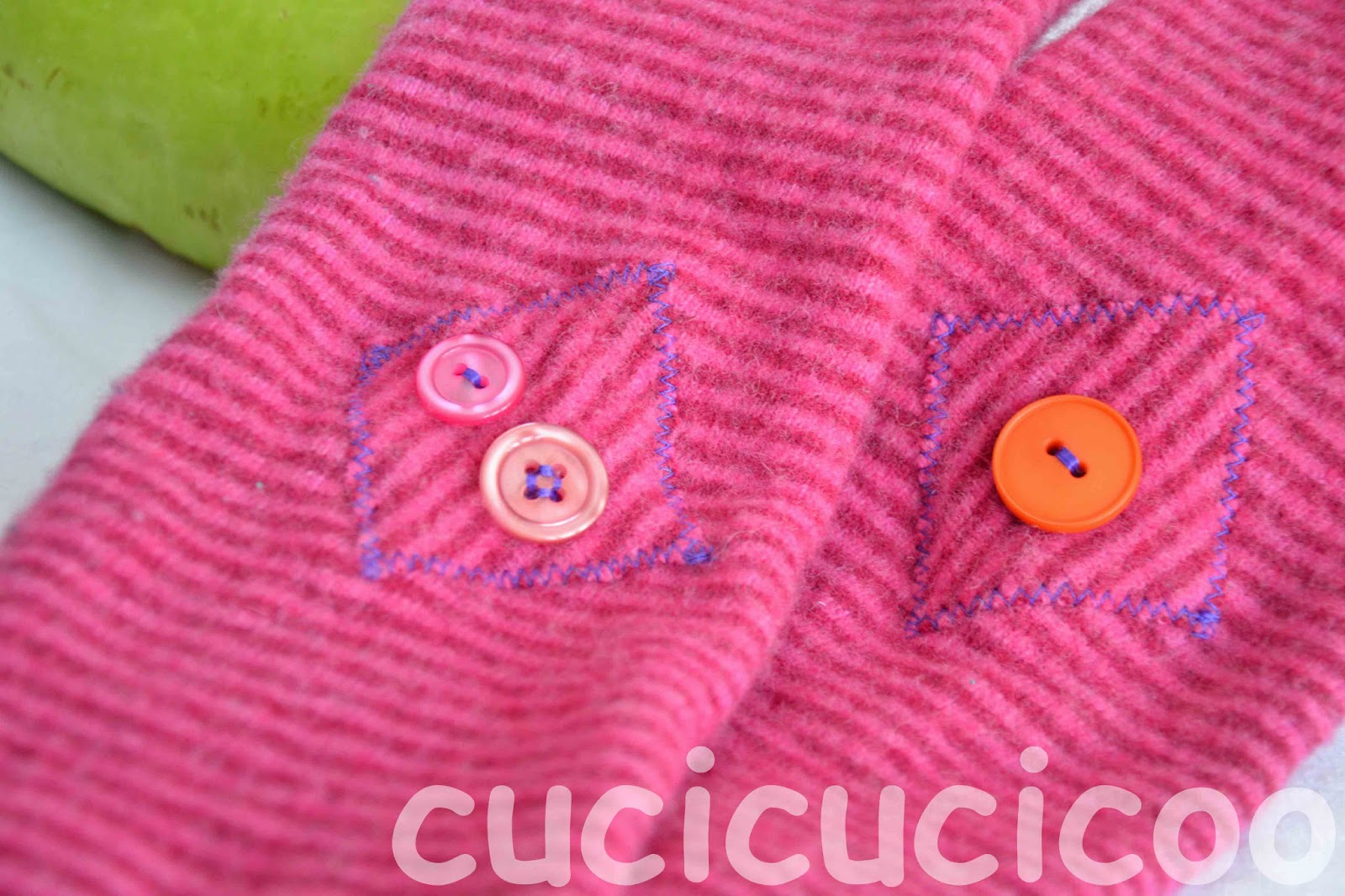 they were slightly blah, so i used the bit of fabric left from the top of the shoulders (cut off to make a straight hem) to make diamond-shaped appliqués, using a contrasting thread color and making the stripes go the opposite direction. then i also added on the colored buttons to the center of the diamonds. 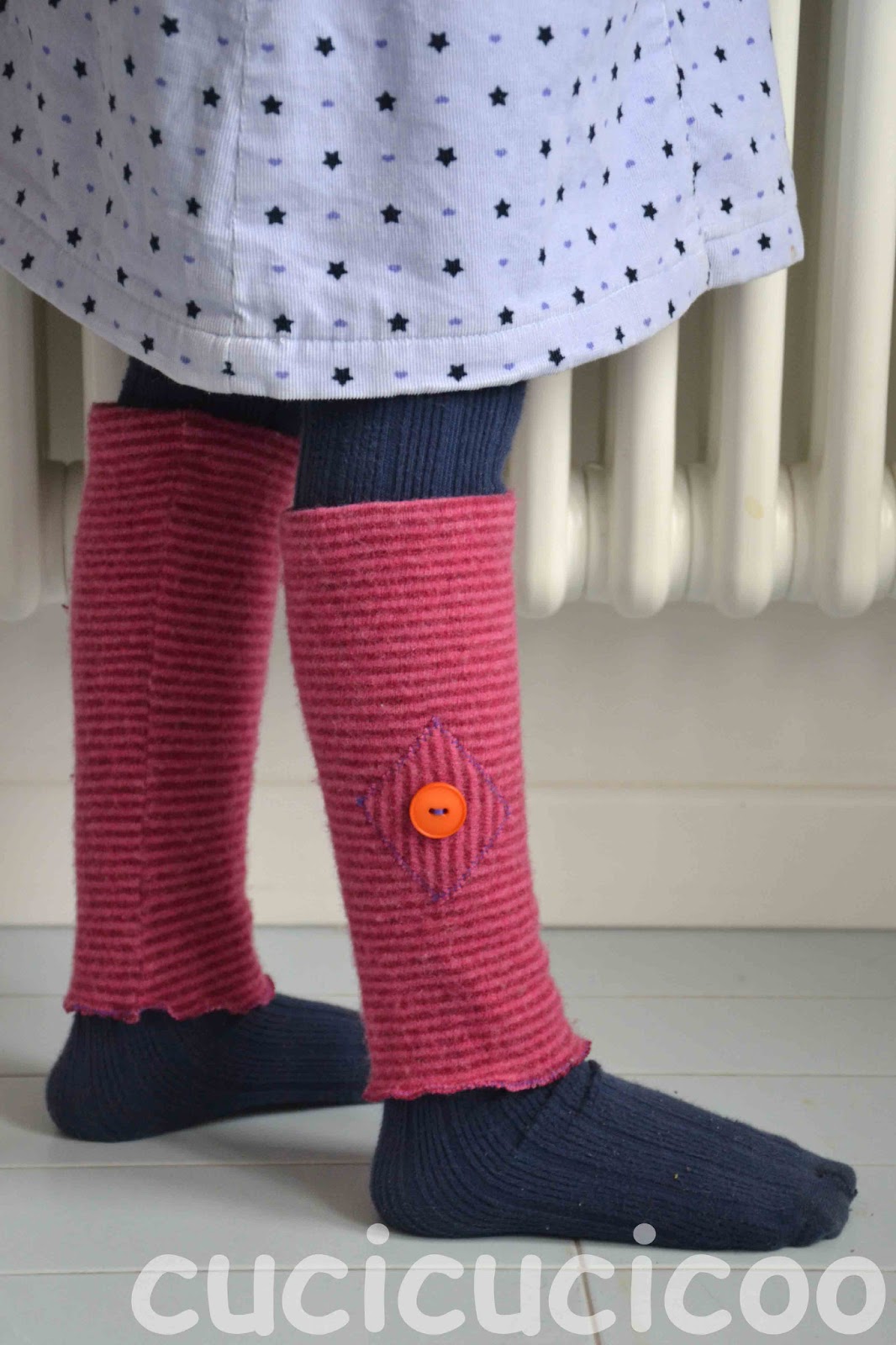 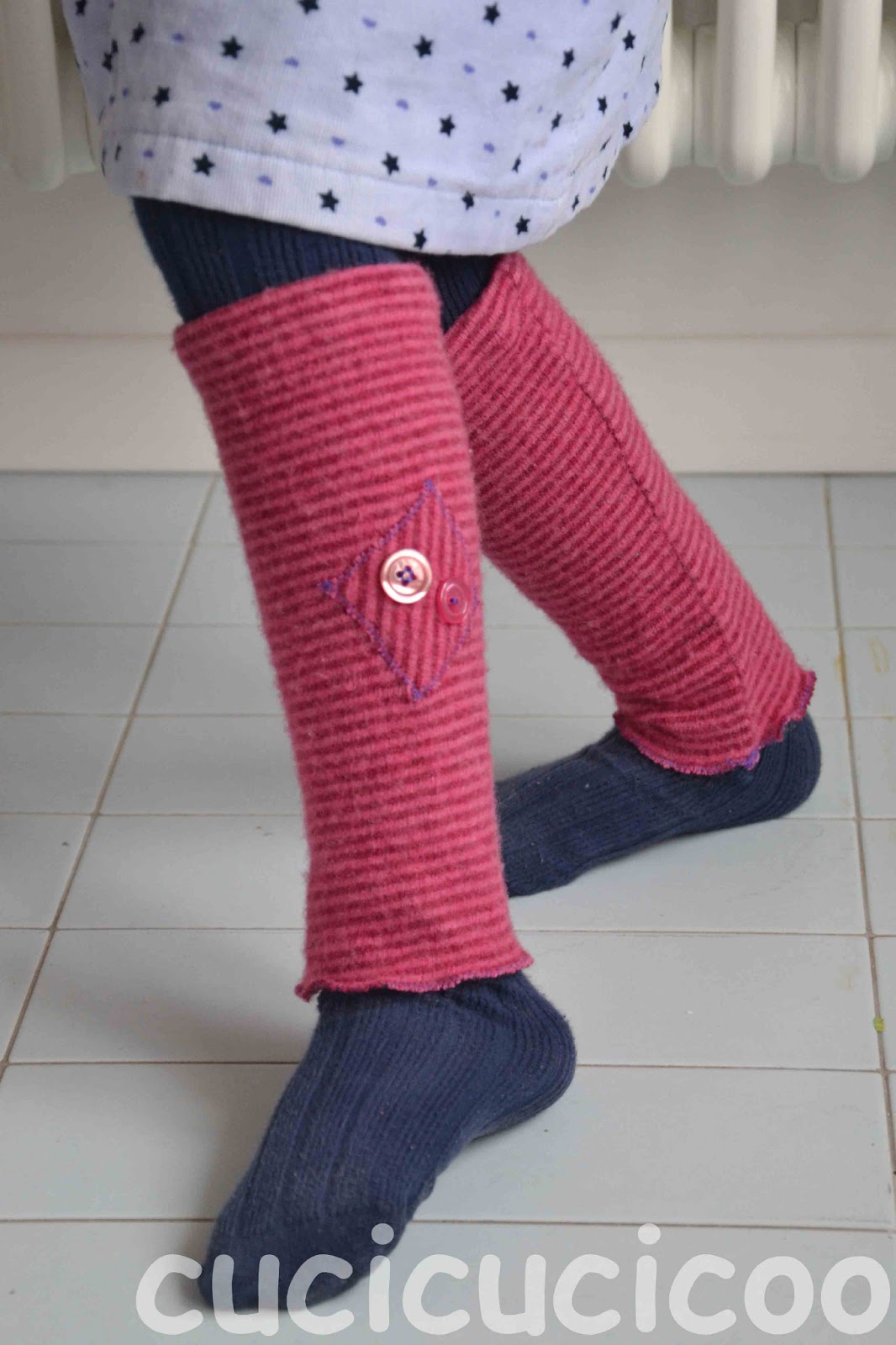 they’re quite cute, but the best part is that you can also use them as adult wrist-warmers! meaning, for me when they won’t fit my daughter anymore! after all, i wouldn’t want to waste them! 😉 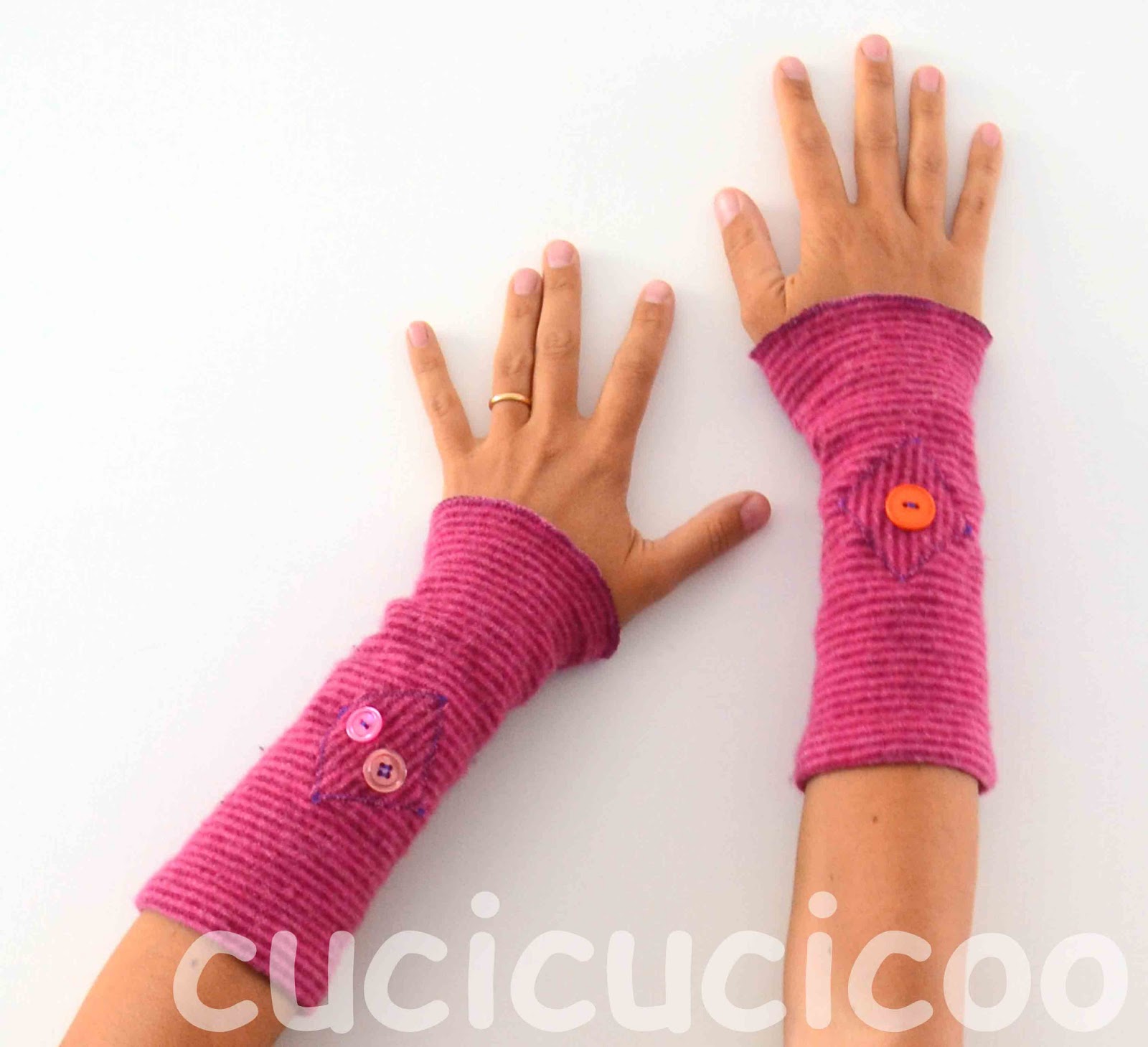 but wait, we’re not done yet. there were also these other measly scraps left over. 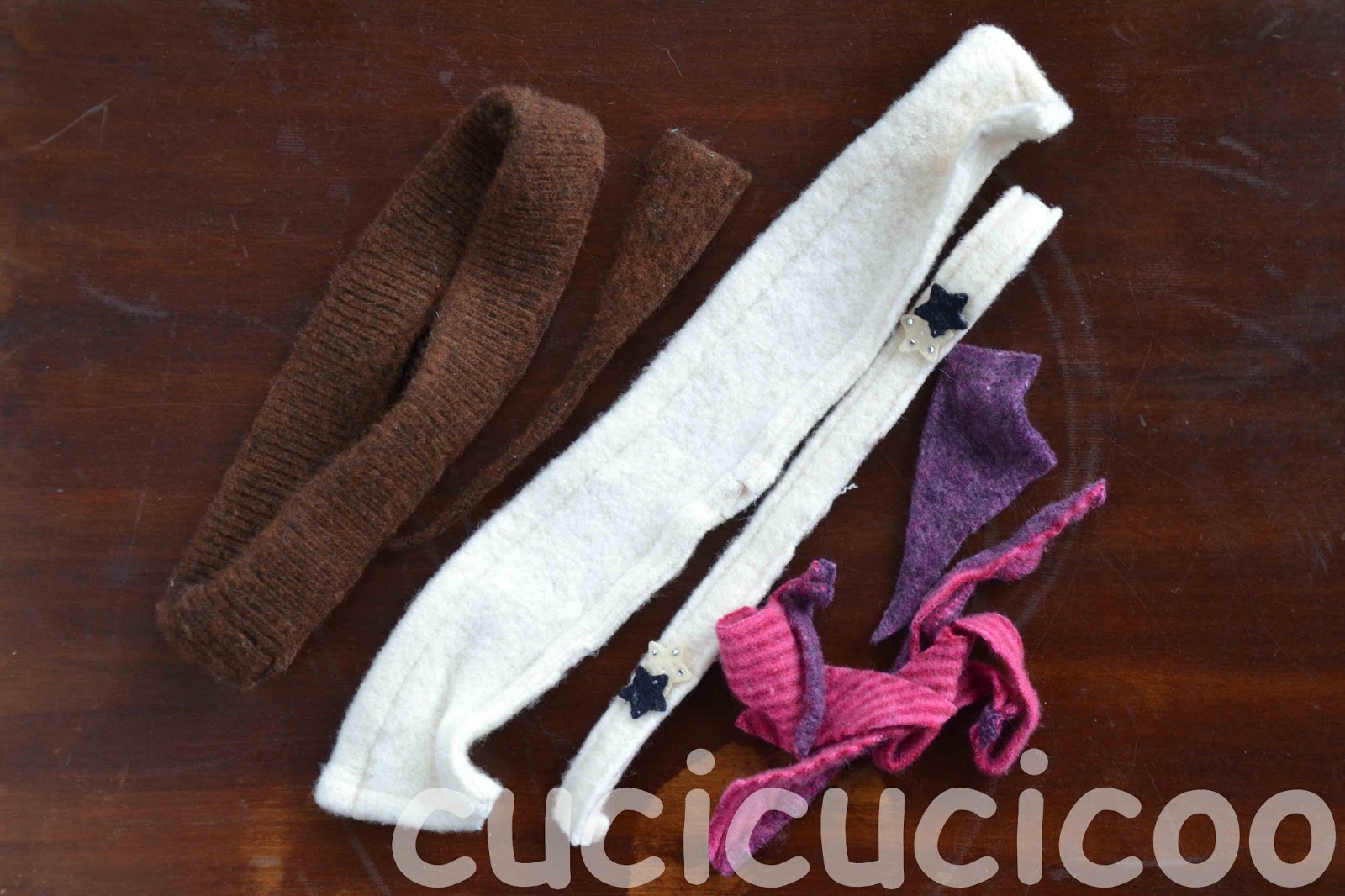 just out of principle, i used every millimeter of fabric to create: 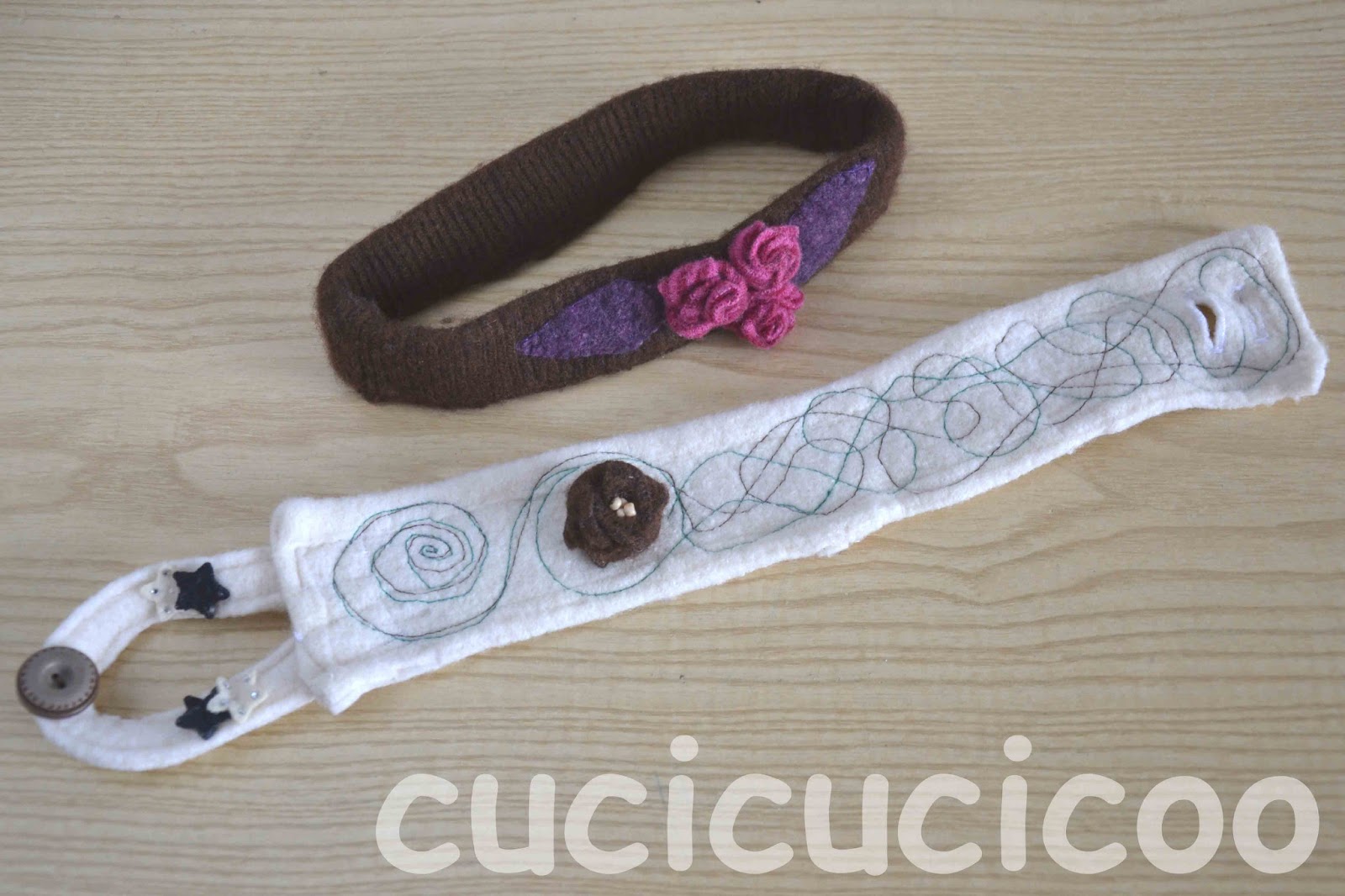 a little girl’s headband and a woman’s choker. 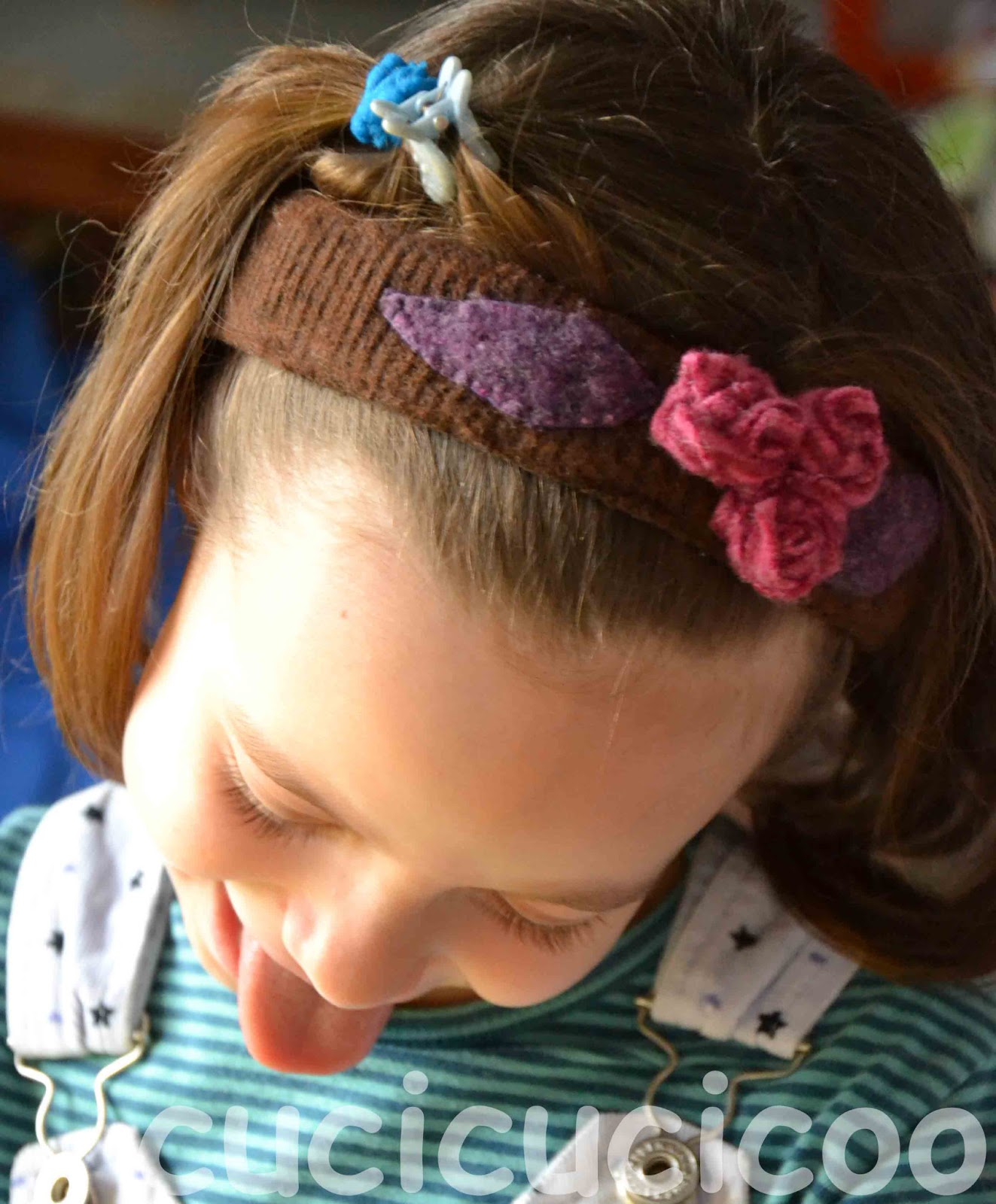 the headband was the easier one of the two. as a base i used the elastic band of the felted skirt and i hand sewed on the flowers and leaves. i tried sewing beads on both the leaves and flowers, as well as embroidering the leaves, but i was never happy with the result, so in the end i left it as it was. even if my six-year-old is modelling the headband, it actually fits a younger child. i tried to make my little boy model it for me because it fit him fine, but he had no intention of cooperating! well, to be honest, his sister wasn’t very happy to do it either because it was too tight for her! 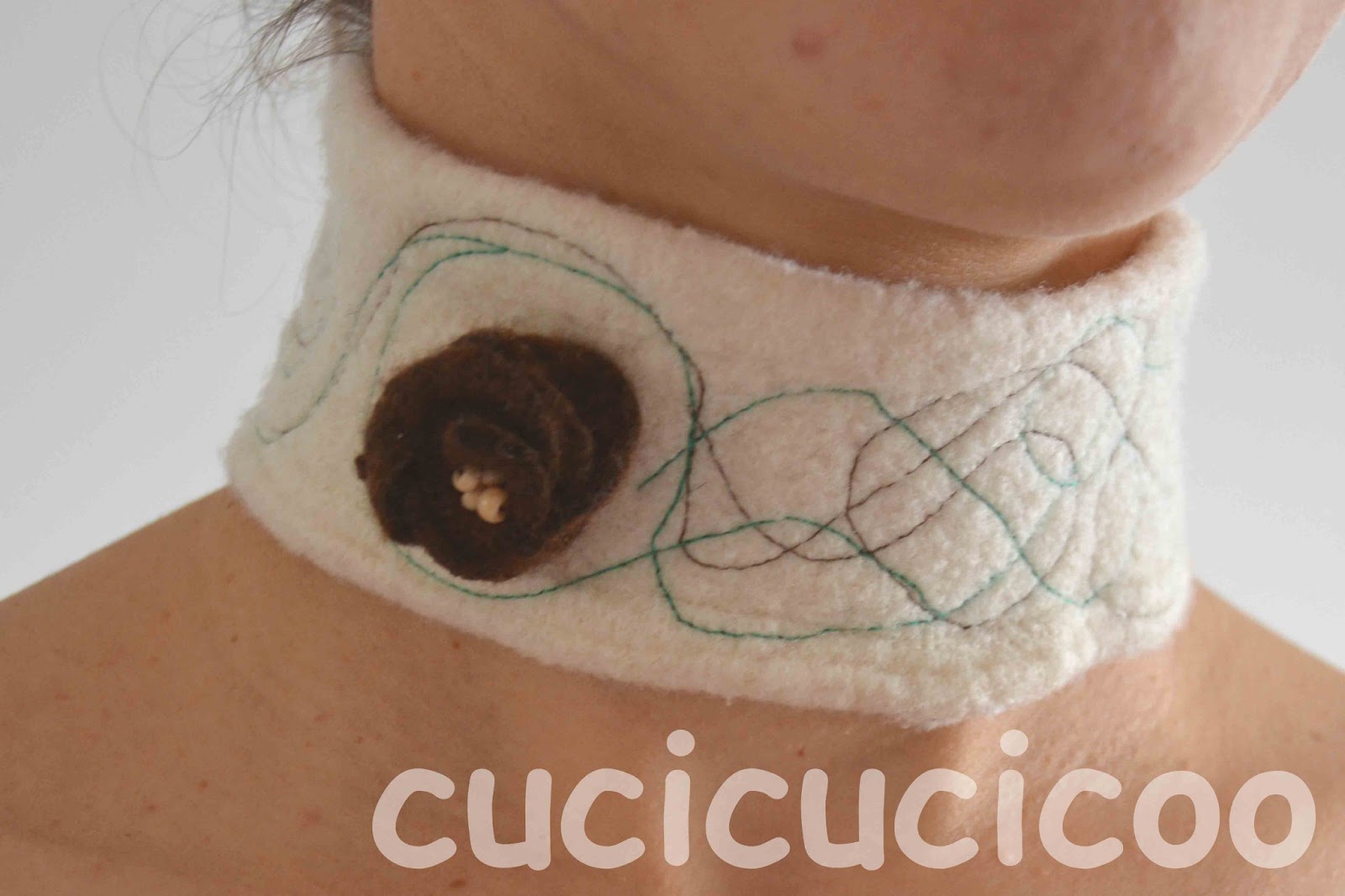 i made this embellished necklace/choker/collar with the remaining scraps. 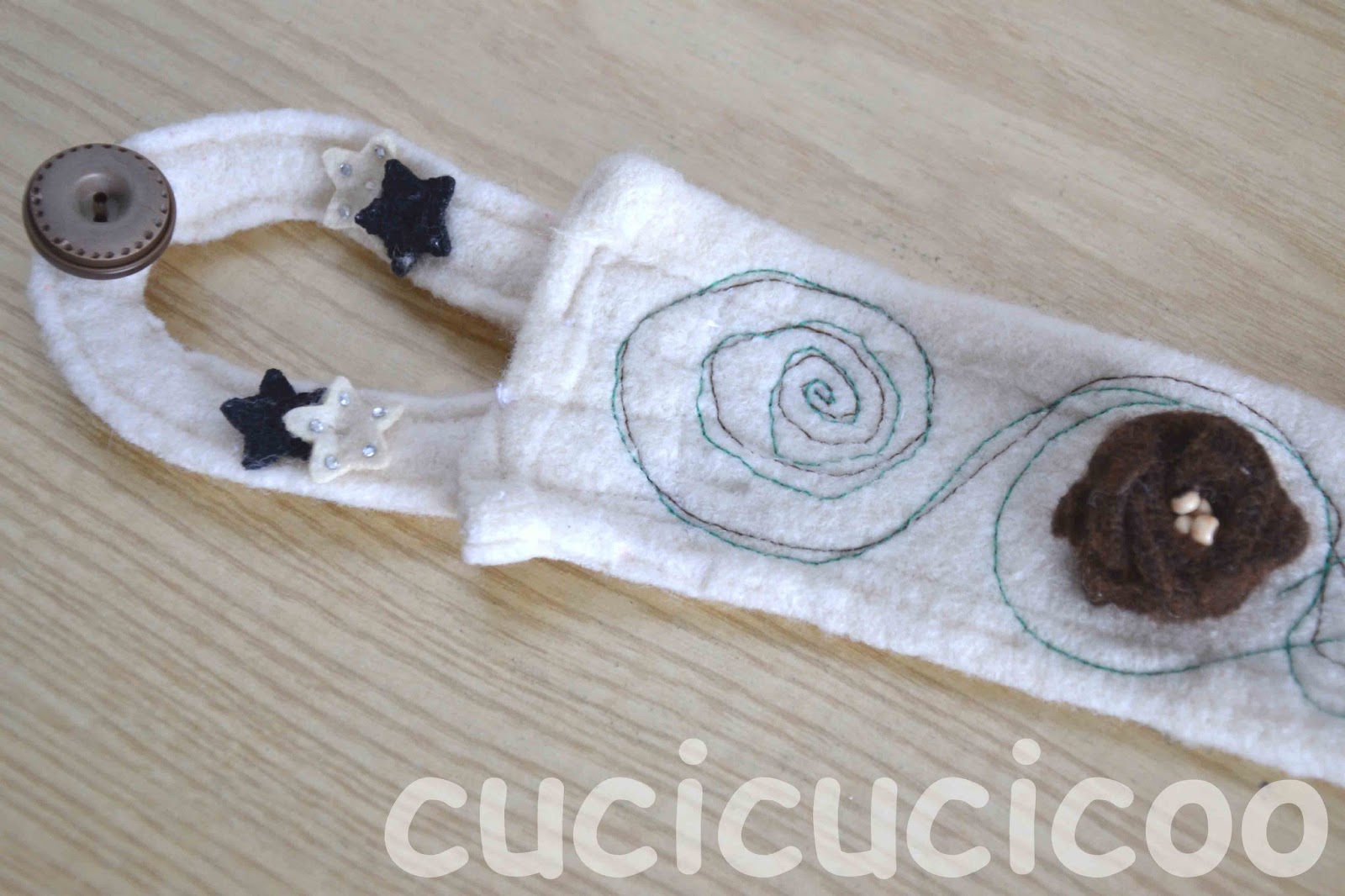 the main piece wasn’t long enough to go around the neck, so i extended it, adding a button (and also changing the position of one pair of stars). 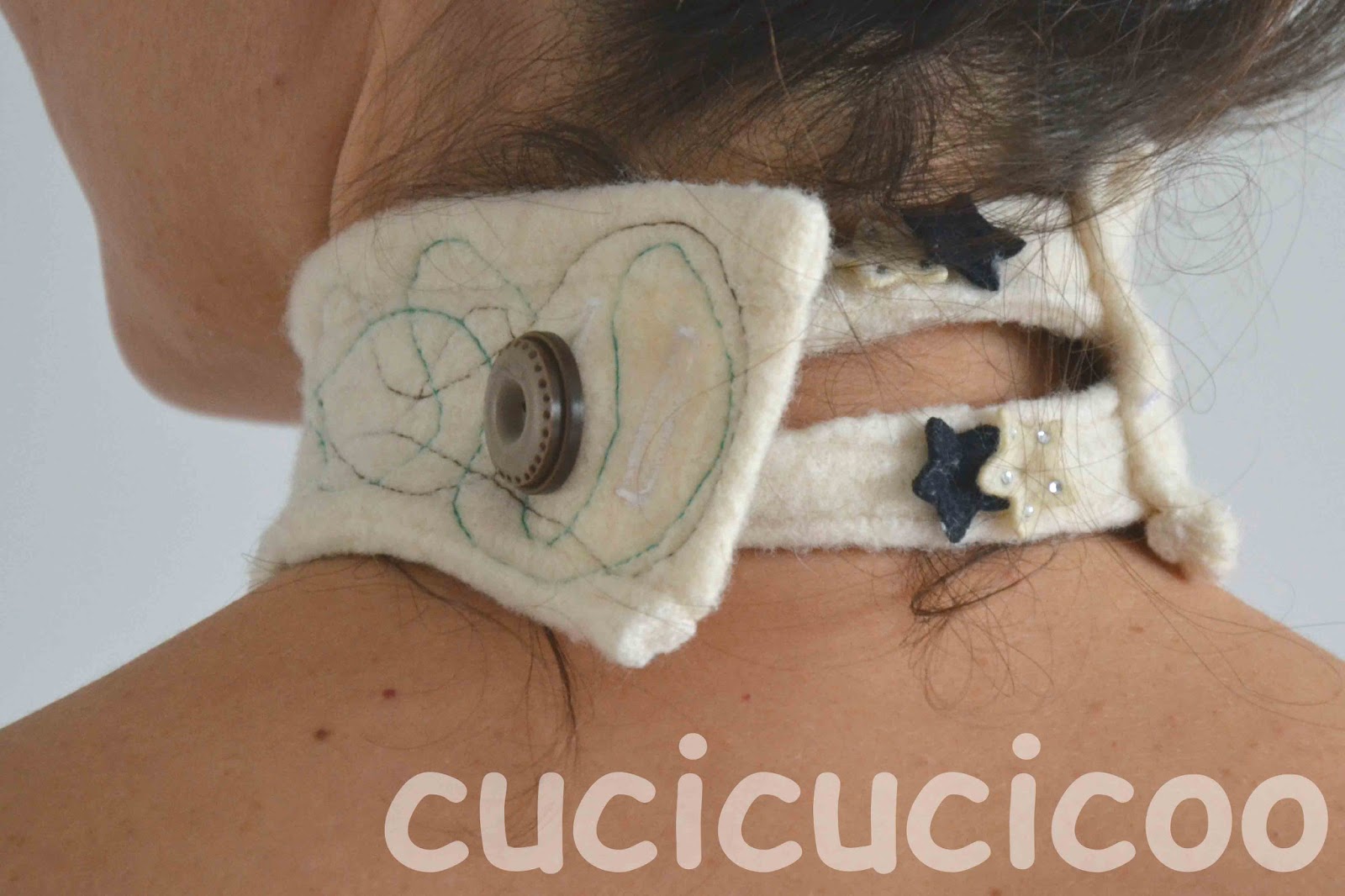 i made two buttonholes on the other end to be able to adjust its tightness. 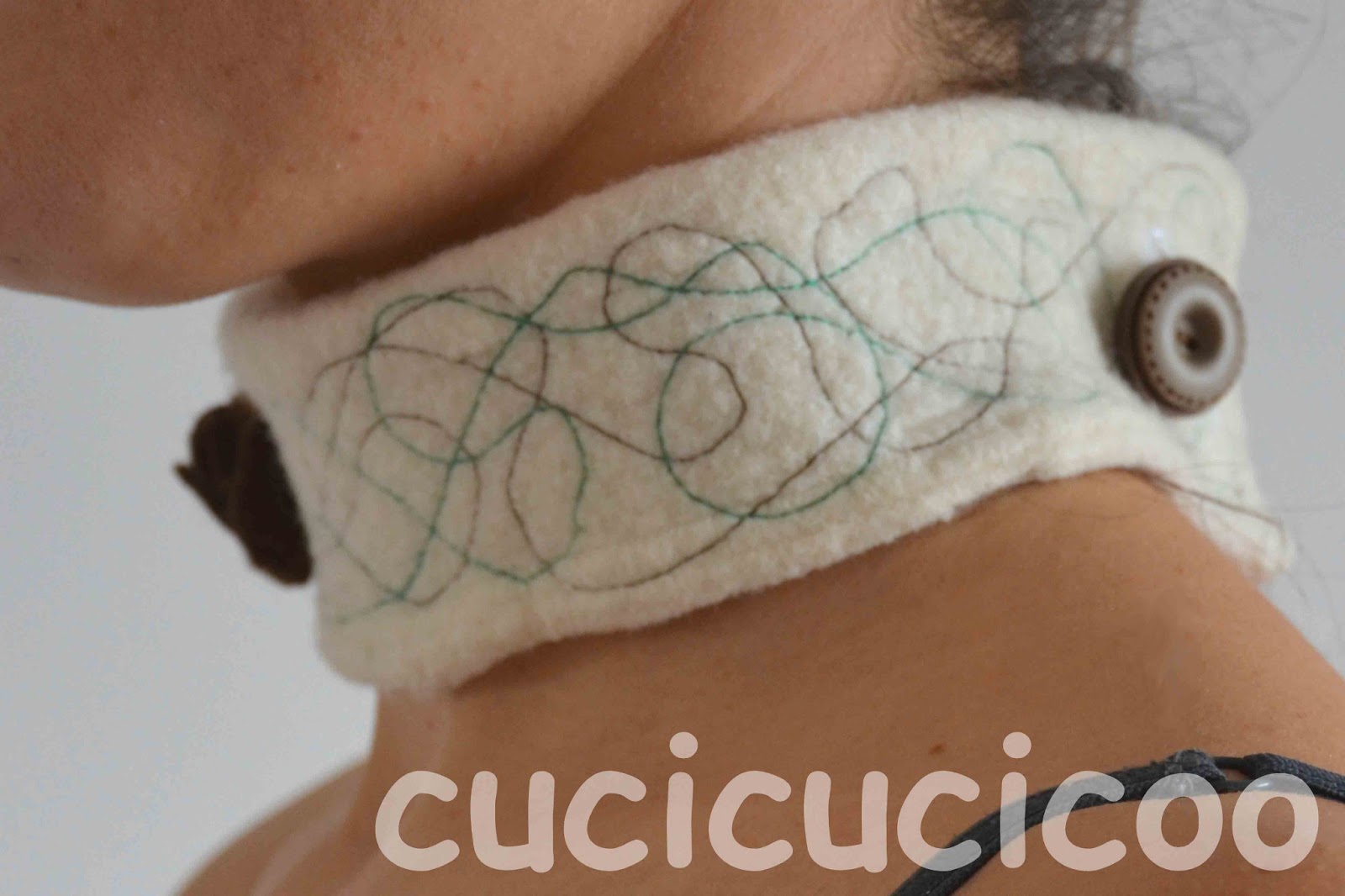 for the rest, there’s a rosette (this time with wooden beads added on the inside of it) and then i “drew” on it with the sewing machine using two colors of thread. this piece doubles as choker/neck decoration as well as light scarf to protect from the cold. what do you think about it? i think it’s pretty cool!

4 thoughts on “Wooly accessories from scraps”