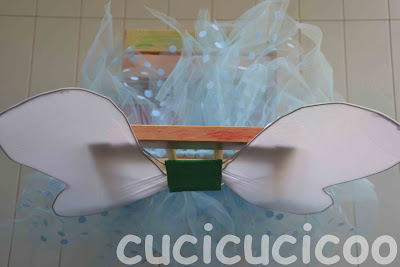 i’m really really proud of myself…i made my kids’ carnival costumes myself and i finished them a whole TWO days before my daughter’s school party! i finished them so early that i decided to make a copy of two parts of my daughter’s costume as a gift for her friend’s birthday. i’ll publish the costumes tomorrow, but for now i’ll show you the tutu and wings, costume essentials for any imaginative little girl! (nicely modelled by my daughter’s chair…) 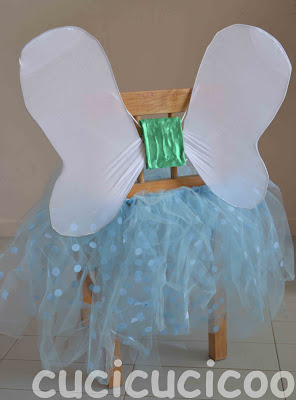 even if i got lots of compliments for the handmade gifts, i really wasn’t particularly original; i used online tutorials to make them. but that doesn’t really matter… 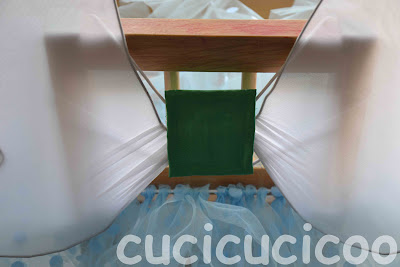 i didn’t take pictures when making the tutu. i used the no-sew technique i found in two tutorials, knotting tulle around an elastic cord (instead of flat elastic) like in this tutorial and the size of the tulle strips (about 3 x 28 inches) used in this one. i used 20 strips of dotted tulle and 32 of the same color without dots (did you know that those dots wash right off of tulle? i sure didn’t!) for this tutu and i think it makes the right amount of fluffiness. 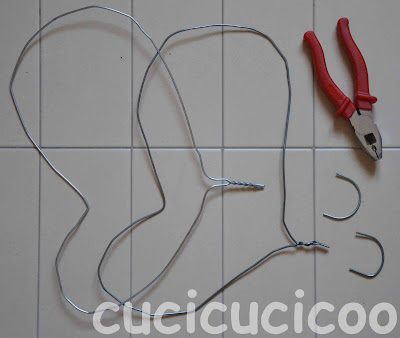 i did take pictures when making the wings, though it was getting dark so they’re not particularly nice. but you get the idea. i copied this tutorial. you take two metal clothes hangers, bend them into a wing shape and cut off the top loops. 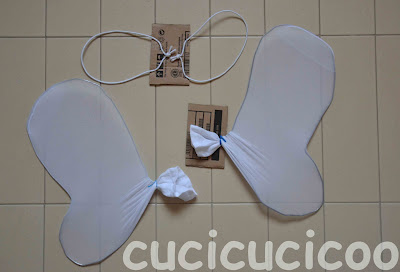 then you wrap white knee-highs around them, wrapping something around the ends to keep them in place. then you make two loops of elastic (i used elastic cord again). 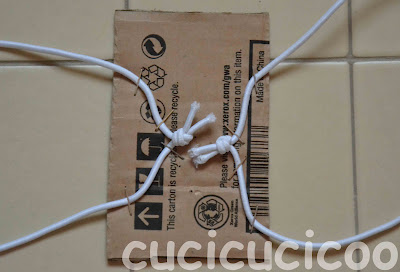 in the original tutorial, you stuck it all together just with a glue gun, but i wanted it a bit more stable, so i first stapled the elastic and wings to the cardboard supports and then glued them. 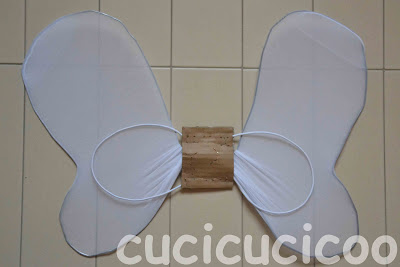 then you stick the two pieces of cardboard together with the glue gun (and staples, if you want) and you cover the cardboard with fabric. and that’s it! 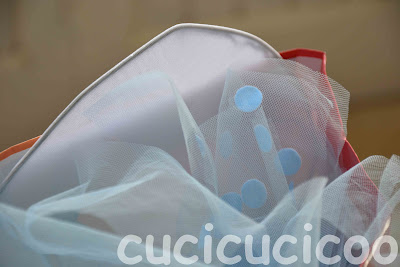 Another nice thing about this gift? you can make a nice package just by stuffing them inside a gift bag and the tulle sticking out looks pretty cool as it is!

5 thoughts on “Tutu and wings”