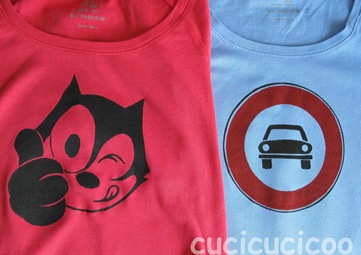 i told you it was addictive!! a few weeks ago i wrote a tutorial on doing freezer paper stencils on t-shirts with this warning. and you know what i did? i discovered kiabi (a sort of european old navy), took advantage of the good prices and bought a bunch of colored t-shirts for my daughter and me with the intention of decorating them with this technique. and i had a ball! 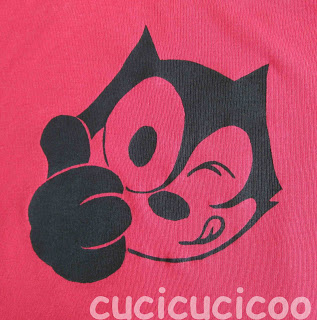 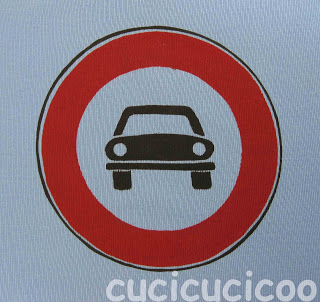 and for my little sweetie: 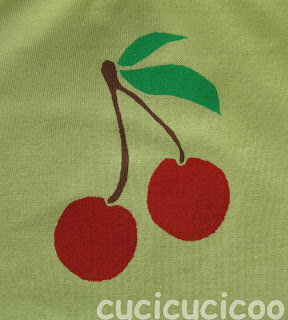 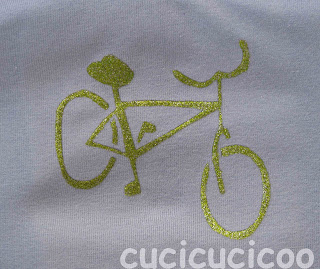 a nice bicycle (“borrowing” the picture from the beer glasses that i bought on etsy). for this one i used glitter fabric paint that i bought last summer at the recycle shop at the children’s museum in boston, which i wrote about another time, too. 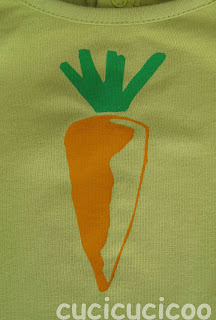 and a nice little carrot (from here) 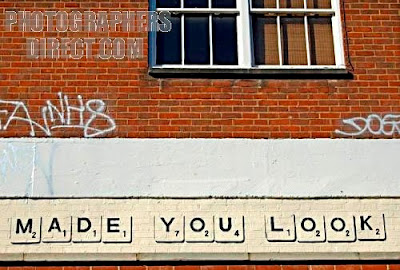 can i ask your opinion on something? i wanted to do another t-shirt stencil using scrabble tiles. looking around online, i found different photos of this stencil on the facade of a building which just cracked me up. i enlarged the image and traced it out (fixing the incorrect values for each letter) and was about to start cutting it out when i realized… if i put this picture on a t-shirt, it would be right over my boobs, obviously. but it’s not like i want to say that i made people look at my boobs because i’m super sexy with a fab bod or something, because anyone who’s ever seen me knows that’s absolutely not the case! and even if it were, it’s not like i would go around bragging about it. i certainly don’t want to go around asking people to check out my body. hmmm…i have a feeling i just need to get over this phrase and figure out something else to write with scrabble letters. ideas?